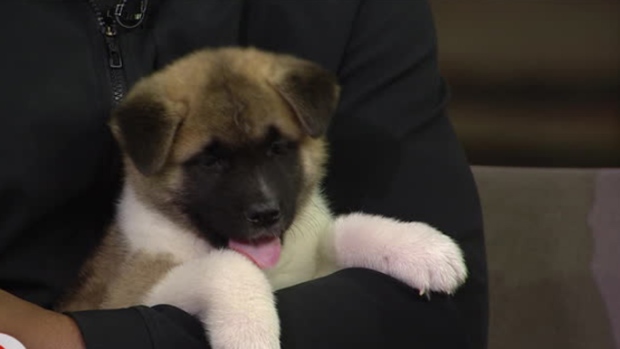 WINNIPEG — Some animal shelters usually say getting a furry friend around the holidays is a bad idea, but this year may be different due to public health orders during the pandemic.

Most years, the holidays are filled with get-togethers and parties with family, friends and excited children.

Introducing a new cat or dog into a bustling, busy household at this time of year can be very stressful for the animal, said Carla Martinelli-Irvine, the founder and executive director at Winnipeg Pet Rescue Shelter.

But given the extended public health orders, which limit social interactions to households only, her animal shelter may consider applications for pet adoptions, she said.

Since the start of the pandemic, shelters across Canada have seen a spike in pet adoptions, with many people working from home and studies suggesting that having one can decrease feelings of loneliness and stress.

Over at the Winnipeg Humane Society, it has reduced adoption fees on animals to make sure they find a safe home in time for the holidays.

The organization doesn’t dissuade people from adopting at certain times of the year, but it assigns adoption counsellors to work closely with potential pet owners, said Lenore Hume, communications strategist at the Winnipeg Humane Society.

“The truth is that the animals just keep coming in,” said Hume. “They continue to need our help.”

She said the organization usually helps around 10,000 animals in any given year. But during the pandemic, this figure has been slightly down from last year since the shelter has had to limit the number of people coming in due to social distancing.

Winnipeg Pet Rescue Shelter usually declines pet adoptions around the holidays, especially if the animal is intended as a gift for someone else.

“If somebody were to come in and want to adopt an animal as a gift, it would be a flat no,” she said.

Around February, Martinelli-Irvine said her shelter usually gets a lot of calls to take in animals from people who’ve received them as gifts.

People hoping to gift animals over the holidays should consult with the person for whom the pet is intended and involve them in the adoption process, said Martinelli-Irvine.

The Winnipeg Humane Society also requires the future owner to be involved in the adoption process.

“If you want to do it as a gift, that’s great. But you know, it can’t be a surprise gift,” said Martinelli-Irvine.

“This is really a different year for everybody. Every circumstance is going to be different,” she said.