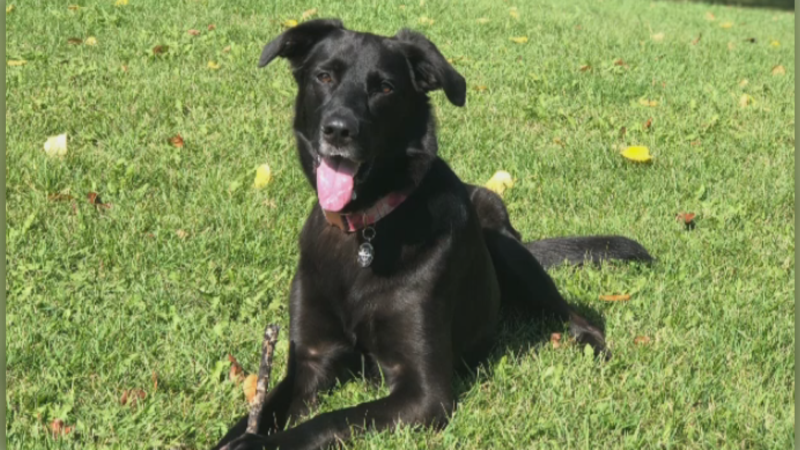 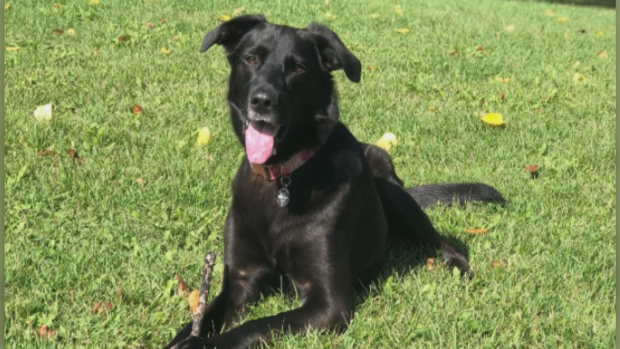 A MacGregor, Man., woman and her dog are on a mission to brighten people’s days — and maybe even change their lives.

Kennedy Guy volunteers with the St. John Ambulance’s therapy dog program, which is hoping to expand its reach.

“She is two years old,” Guy said of her dog. “She’s a shepherd-black lab mix, Her name Neveah, is actually “heaven” backwards and my little brother actually named her.”

Guy’s brother Parker was Neveah’s first owner. At the age of 17, one month after graduating high school, Parker was diagnosed with Ewing sarcoma cancer. Parker began chemotherapy at St. Boniface Hospital and during this difficult time there was one thing that always cheered him up — therapy dogs.

“That was just something that made him a little happier during the tough time,” said Guy.

“So he gave us a bucket list, and on the top of that list was a puppy. So I went online and contacted all the puppies.”

The puppy they brought home to Parker was Neveah. In the last four weeks of Parker’s life, the two were inseparable.

In his final days, Parker asked his family to help Neveah become a therapy dog.

“He wanted her to make people feel better, the way she made him feel better. So when we volunteer, I like to think that his spirit lives through her,” said Guy.

“I think about him so much, even saying her name and knowing what her name means and that he named her. He’s constantly on my mind, and helps me cope with everything,” said Guy.