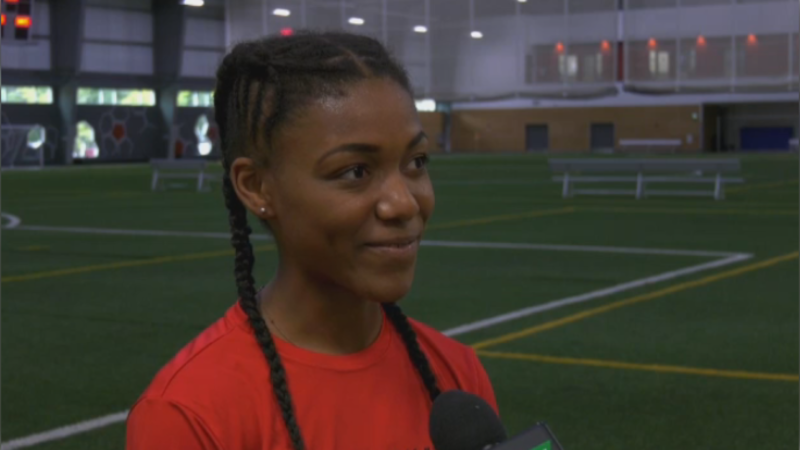 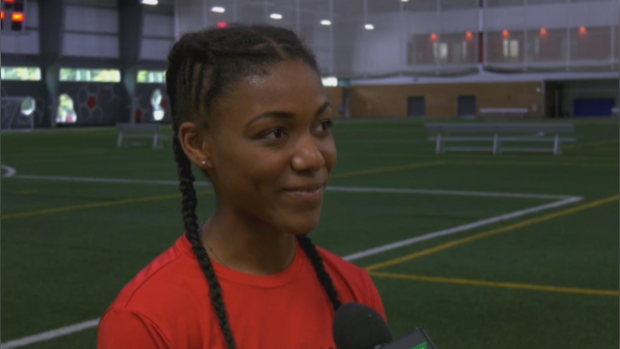 One member of the University of Winnipeg Wesmen women’s soccer team is showing her dedication on and off the field.

“She’s such a great example for the rest of the team, for sure,” said Amy Anderson, head coach of the team.

“Jam, if she has something she’s driven for, she’ll go for it. I wasn’t surprised at all.”

Calvez admits, her mindset when it comes to soccer fit the armed forces perfectly.

“I think it’s really a mentality. It’s kind of waking up every day saying, ‘I want to be my best every day’,” said the 23-year-old from Winnipeg. “It doesn’t matter if it’s a practice or if it’s a game, just keeping that mindset the same. And I try to do that every day.”

“It’s kind of hard to explain,” she said of the basic training, that lasted from July 1st to August 1st of this year. “Very interesting, learned a lot. Physically demanding, mentally demanding, but very rewarding at the end of the day.”

Her plan is to play one more year of soccer for the Wesmen and then pursue a career in the military. She says she appreciates how the training can extend into everyday life.

“After completing that course, you just feel like you can get through a lot,” she said.

The Wesmen women’s soccer team next plays at home on Friday September 20th against UBC Okanagan.