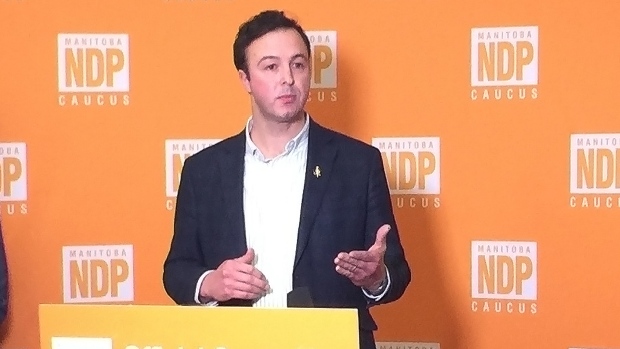 WINNIPEG — An independent investigation has found that NDP MLA Adrien Sala breached the Legislative Assembly’s respectful workplace policy when he made comments about a civil servant, alleging they had a conflict of interest and interfered with Manitoba Hydro.

The findings of the investigation come months after Manitoba’s former Treasury Board secretary Paul Beauregard launched a complaint in October.

The complaint, which Sala publicly revealed in December, claimed he bullied, harassed, offended, and embarrassed Beauregard during a line of questioning in the Legislative Assembly, alleging he interfered with Manitoba Hydro during an RFP process for an ‘important government contract.’

Sala said at the time, the contract from the RFP was awarded to Beauregard’s former employer Bell MTS, which at the time was called MTS.

A letter to Beauregard from Manitoba’s Civil Service Commissioner Charlene Paquin, which was released publicly on Friday, said they saw no evidence that Beauregard violated the conflict of interest policy.

Paquin said Beauregard had disclosed his past employment and interests with MTS, and had divested any financial interests in the company.

In a statement from Government House Leader Kelvin Goertzen and Central Services Minister Reg Helwer, the officials said Manitoba NDP had attacked a public servant to “to score political points.”

“Our government takes these matters very seriously,” the statement reads. “We call on the NDP and their leader to respect these clear and important policies which help ensure a safe, respectful workplace for all government of Manitoba employees.”

On Friday, Sala said he “completely rejects” the findings of the investigation.

Manitoba NDP Leader Wab Kinew said he will not sanction Sala, saying the MLA—who serves as the critic for Manitoba Hydro—was doing his job.

Beauregard served as secretary to the treasury board—a position Paquin said is considered to be deputy minister equivalent—from September 2017 to January 2021.