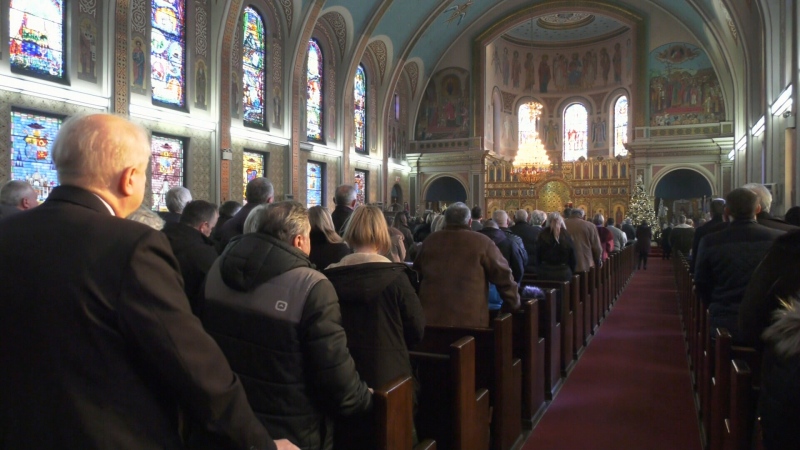 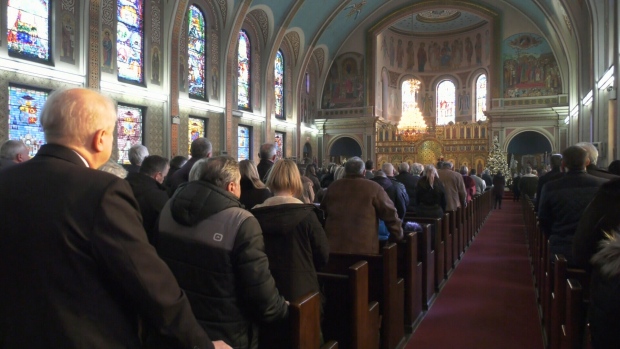 “It was a loss to everyone and it was a loss that really was not necessary,” said Joan Lewandosky, president of the Ukrainian Canadian Congress Manitoba Council.

Lewandosky organized the memorial at the Metropolitan Cathedral of Sts. Volodymyr and Olga, to honour the 57 Canadians who died, including nine Iranians with ties to Winnipeg.

“Some were students, professors and families. One was pregnant. It’s such a huge loss. That is why it’s so important that we get together,” said Culture and Heritage minister Cathy Cox, who is also Ukrainian-Canadian. “When I heard about that plane being so senselessly shot out of the air, it just broke my heart, just like everyone else around the world.”

Manitoba Liberal Leader Dougald Lamont attended Sunday’s service and said the crash hit close to home. “I know someone whose fiancé died. This is devastating. You have people who have lost their entire family. It’s incredibly painful. As leaders we need to say we’re there for you. We share your grief.”

Iran admitted it shot down the passenger plane over Tehran by mistake on Jan. 8, killing all 176 people on board. Eleven Ukrainians also died in the crash.

“It was a tragedy for the whole world,” said Lewandosky. “Unfortunately it was the time of our Christmas season for Ukrainians who celebrate Christmas under the Julian calendar.”

Ukrainian and French aviation experts are leading the investigation. Iran signalled it would hand the black-boxes over to investigators, but there are conflicting reports in Iranian state media the regime may go back on its word.

Foreign Affairs minister Francois-Philippe Champagne, who was in Winnipeg for the Liberal cabinet retreat, urged Iran to hand over the voice recorders.

“When you say to the world that you take full responsibility that comes with consequences,” said Champagne.