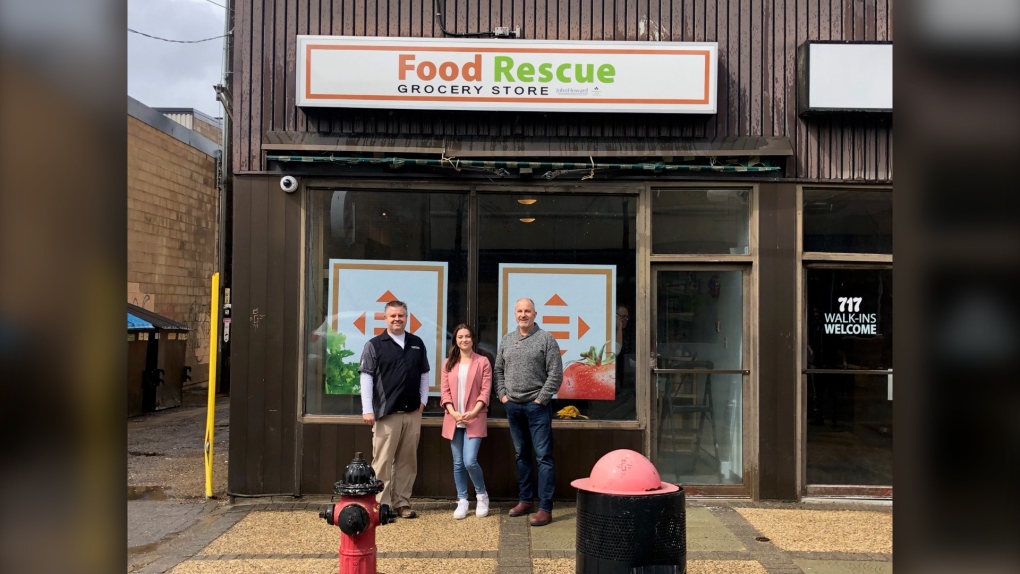 The Brandon Food Rescue store has been moving fast ever since it opened back in December 2021.

It started out as a small space where people could pay a fraction of the price for food that was never able to make it to the grocery store shelves. Now it has moved to a full-sized location where there is more space for products.

Olivia Boyce, chair of the Brandon Food Council and one of the people behind the Food Rescue, said the past several months have been a blur.

“So far, we have rescued and distributed 60,000 pounds of food through the store. But nearly that same amount has been given to non-profits and soup kitchens throughout the region,” said Boyce.

“We’re finding that it’s crazy busy, people are lining up around a half hour before we open and it’s usually really busy for that first hour or two on every day.”

She added the store so far has averaged a transaction around every two minutes. The average purchase cost is between $8 and $11, with Boyce noting people can get a lot of food for that price.

Ross Robinson, executive director of the John Howard Society of Brandon – the charity associated with the Food Rescue store, said it is gratifying seeing the support the store has received in the community.

However, Robinson noted it is also shows how much help is needed right now.

“It’s one of those sad successes. There’s such a need and I am so grateful we are able to help people out with that need,” said Robinson.

He said the whole venture has been a learning experience and has opened their eyes to even more they could do in the community, adding this is something that could last forever because of the need it is meeting.

Even though the store has been open for less than a month, Robinson said they already have goals in place for what they want to accomplish next, with the next big focus being on storage.

“We need to smooth out our process. We kind of have a feast or famine supply chain right now and what we need to do is put some buffers in there so that we can take food whenever it becomes available and then retail it through our normal retail process,” he said.

Currently, when food is rescued, Robinson said they have don’t have climate-controlled storage space so they have to get the products to shelves or non-profits as quickly as possible.

He is hoping the store can secure a storage facility soon so they have a spot to put the food when it is rescued and grab it as needed.

“It would become our warehouse, our depot. We can take large shipments of surplus food, rescue it, spin it out to the local food hampers … and then stock our store so then people have a greater level of food security.”

Both Boyce and Robinson note this is a store for everyone, no matter their background. They said everyone is the same when they enter the doors.

The new store is located at 719 Rosser Avenue in Brandon.