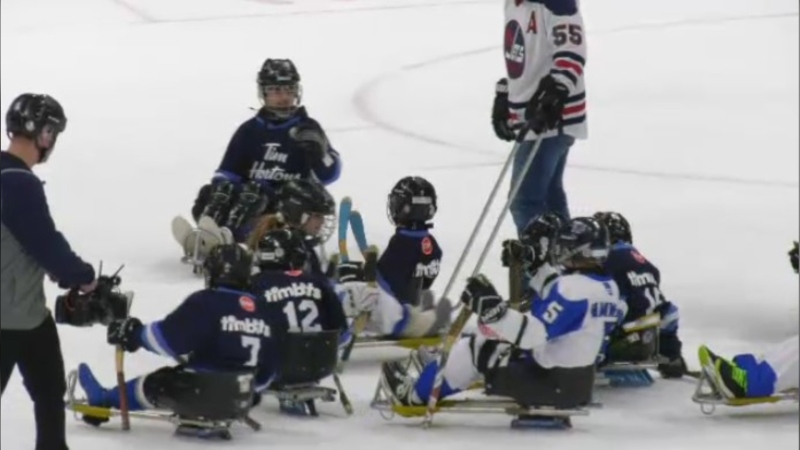 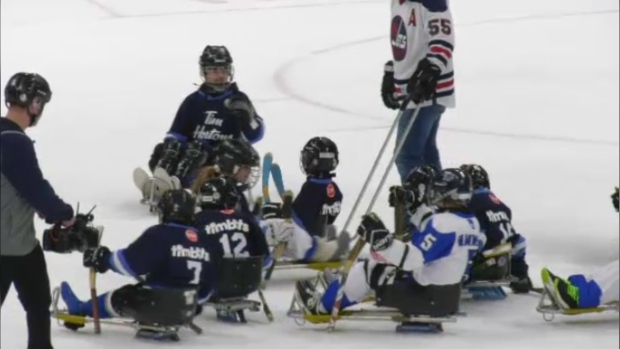 WINNIPEG — In a first at Bell MTS Place, the Winnipeg Jets shared the ice with some very special guests on Sunday night.

For the first time ever, the Timbit sledge hockey team played a scrimmage during first intermission.

The kids involved ranged in age from four to 12, and it was certainly a night they won’t ever forget.

“At the beginning I was very nervous, and then as I played it was like really fun and exciting and I just wanted to play more, The time was really fast,” said one of the kids who played.

The night was made possible through a partnership between the Society of Manitobans with Disabilities, Tim Hortons and the Winnipeg Jets.