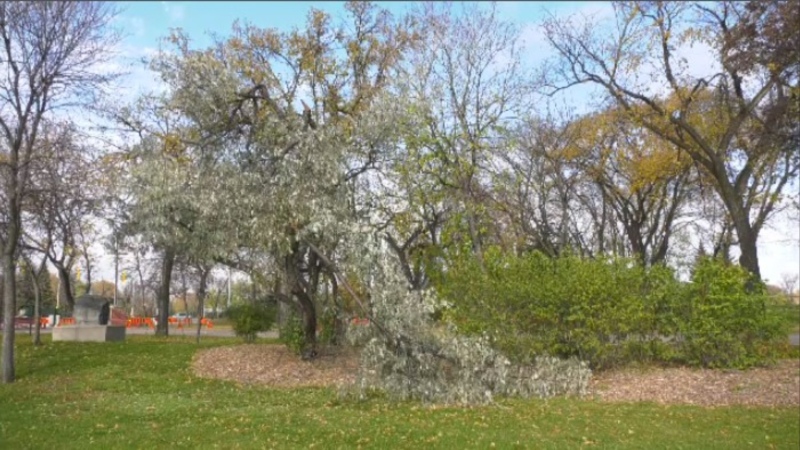 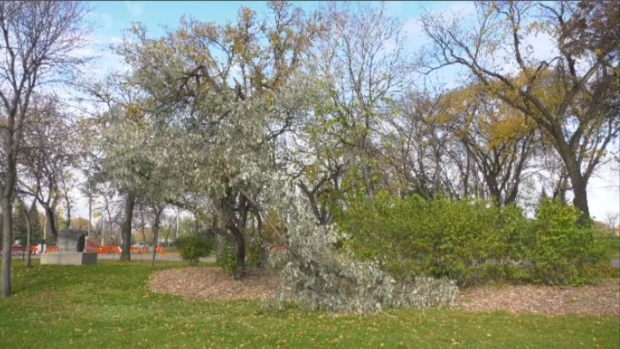 WINNIPEG – Kildonan Park has officially reopened, just over a month after the October storm.

On Thanksgiving weekend, a snowstorm pummeled much of Manitoba, leaving nearly one-tenth of City of Winnipeg trees damaged. Consequently, the city closed down a number of its parks, which were deemed unsafe due to the possibility of falling trees and branches.

Kildonan and King’s Parks are now reopened, but St. Vital, Munson and Crescent Drive Parks are still closed. The city hopes to be able to open these parks soon.

CTV News Winnipeg previously reported that during the closure the restaurant at Kildonan Place, Prairie’s Edge, temporarily relocated to the Esplanade Riel. It moved back when the city was able to allow safe access through the park, before the park was fully reopened.

The storm cleanup across Winnipeg has been so extensive that the city is not installing a tree outside city hall this year, as its resources are still focused on repairing damage.