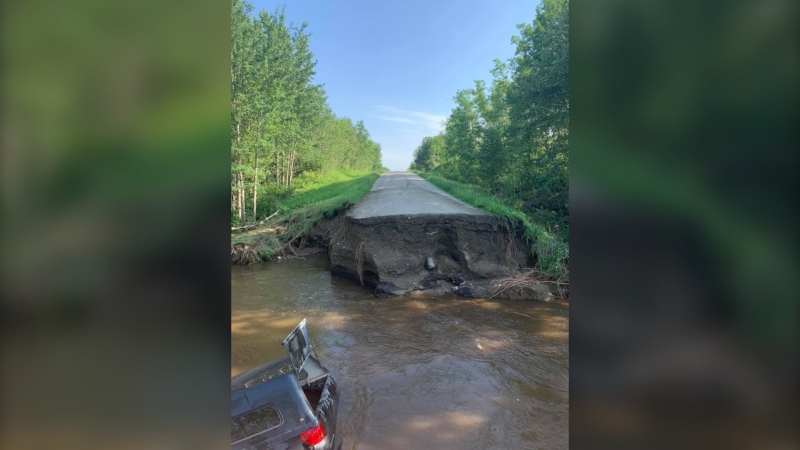 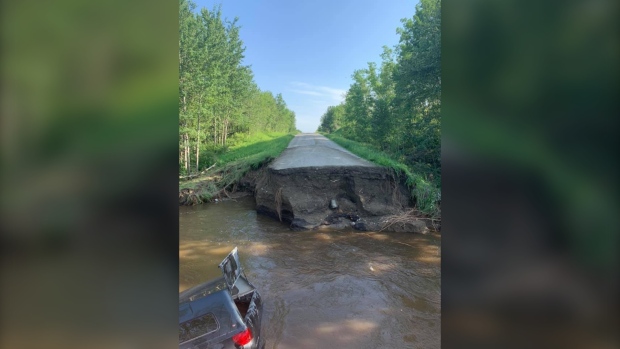 WINNIPEG — The town of Minnedosa is now starting the cleanup process after being hit by heavy rain which caused flooding throughout the town.

Due to the flooding, 84 residents were evacuated on Tuesday. They checked into the evacuation centre and are in a safer place according to the town’s fire chief.

Now that some of the water is clearing out, the town is seeing the damage that has occurred.

CTV News visited Minnedosa on Thursday, and there was damage ranging from flooded basements and washed out train tracks to parts of sidewalks being collapsed and destroyed.

“The first night that we got hit, you couldn’t drive down this Main Street. It was an actual river flowing. There was water just everywhere. It was just mass devastation,” said Skatch.

Several businesses in the town had sandbags surrounding the property and had to shut down amid the flooding.

Despite the downpour and destruction the storm left in its wake, several residents told CTV News that they are optimistic things will get better.

– With files from CTV’s Mason DePatie and Tara Lopez