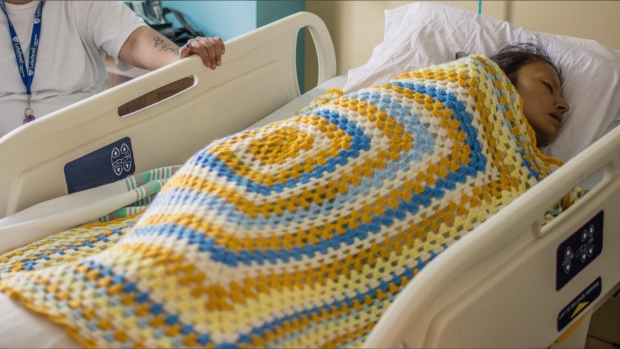 THUNDER BAY, ONT. —  A man in Thunder Bay, Ont. has been found guilty of manslaughter after throwing a trailer hitch from a moving vehicle that hit Barbara Kentner, 34, who died months later.

“I find Brayden Bushby guilty as charged of the offence of manslaughter,” Justice Helen Pierce told the court in Thunder Bay Monday afternoon.

Bushby admitted to throwing the trailer hitch from a moving vehicle at Kentner in Jan. 2017.

The Crown pointed to the testimony from a forensic pathologist, who told the trial in November an abdominal infection stemming from a bowel rupture caused by the hitch accelerated Kentner’s death but acknowledged she had an underlying illness that contributed.

“I find that the Crown has proven beyond a reasonable doubt that Mr. Bushby’s dangerous and unlawful act accelerated and caused Ms. Kentner’s death,” Pierce told the court.

Bushby’s lawyer argued at trial there is no legal link between the assault and Kentner’s death months later.

Witnesses who were with Bushby when the assault happened testified that he was drunk at the time and laughed after he threw the hitch. Melissa Kentner, the victim’s sister, has testified she remembered someone hanging out of a vehicle saying “I got one” after her sister was hit.

Kentner died in July 2017. Her family said she was never able to recover from her injuries.

-with files from The Canadian Press