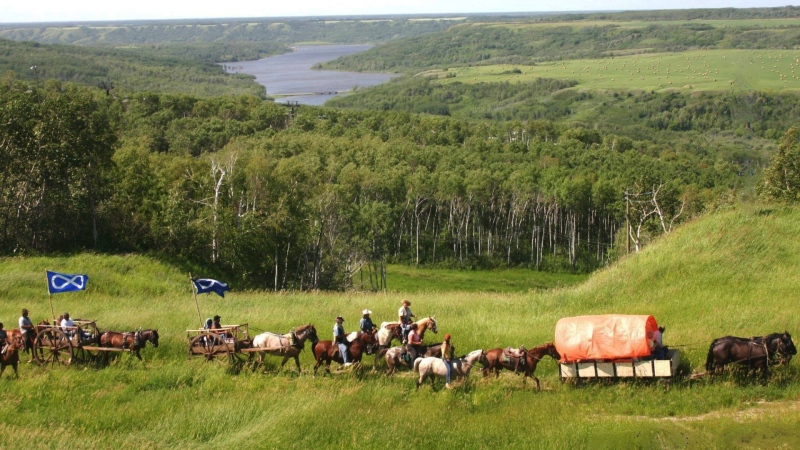 WINNIPEG — Dogsleds, Red River carts, trail rides and a real life look at history – that’s how a couple of Manitobans will be celebrating the province’s 150th anniversary and the integral role the Métis played in the creation of Manitoba.

On Tuesday, Armand and Kelly Jerome will be setting out on a historically accurate trail ride across the Dawson Trail, the first Canadian trail built in the 1800s’ that runs along the Seine River.

With the help and support from the Manitoba Métis Federation, the couple is hoping to re-create the Red River Expedition, and do it as historically accurate as possible. 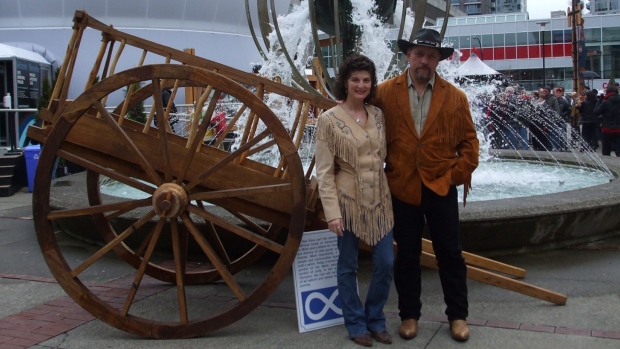 It was spring of 1870 in Manitoba when Col. Garnet J. Wolseley led British troops across The Dawson Trail. Their goal was to smother a small resistance in the Red River Colony led by Louis Riel, and bring the area into the fold of the Dominion of Canada.

The events of that journey, later named the Red River Expedition, became a defining moment for the Métis nation and the soon-to-be province of Manitoba.

Now in 2020, almost 150 years later, Armand and Kelly are re-creating the historic expedition.

“We just want to make people realize that it was Louis Riel and the Métis that were instrumental in creating Manitoba,” said Armand.

“I wanted to make sure the Métis would be involved in this, that we would have a voice in these celebrations.”

The couple is leaving from Kenora, Ont., by dogsled on Tuesday for the first leg of the journey, which will take them across the Lake of the Woods and onto the original Dawson Trail. The two will travel by dogsled until Feb. 20. 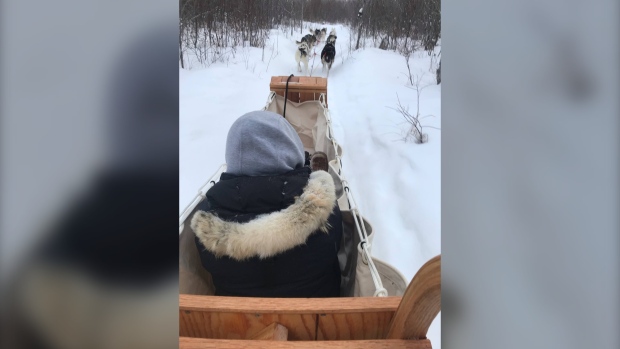 The final part of the journey will begin in April, with the Jeromes leading a trail ride along the Dawson Trail in home-made Red River carts pulled by horses.

“If you look at pictures from the 1800s’ you wouldn’t be able to see any difference between those carts and the ones we make,” said Armand.

The expedition is scheduled to arrive at Upper Fort Garry on May 12, just in time for Manitoba’s 150th celebrations.

“We have to be at Upper Fort Gary right on the Birthday,” Kelly said. 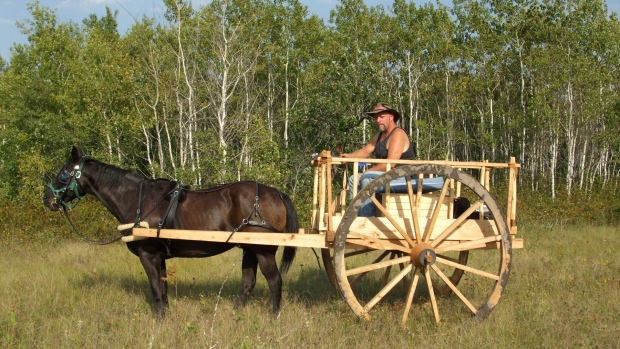 The two say the journey is open to anyone to join. More information can be found online about the 2020 Red River Métis Expedition.