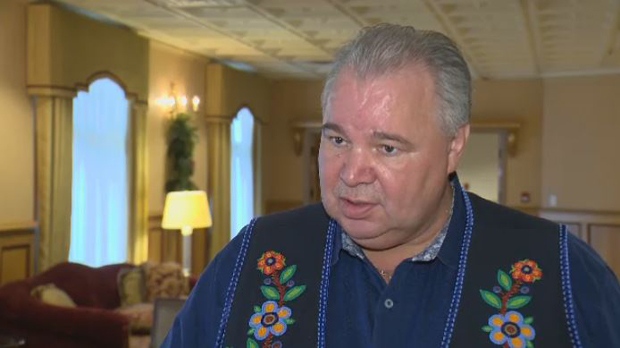 A judge has dismissed the Manitoba Metis Federation’s request for a temporary injunction to block the cancellation of a 2014 agreement between the MMF, the province and Manitoba Hydro.

“The TPA (Turning the Page agreement) is explicit that it does not inflict Metis rights or Manitoba’s duty to consult,” Joyal told court Wednesday morning. “Therefore, whether the TPA is terminated or not has no effect on Metis constitutional rights in Manitoba’s constitutional obligations.”

“I cannot find irreparable harm, therefore, the motion is dismissed.”

The $20 million dollar Turning the Page agreement was made so the MMF would drop appeals related to the Keeyask and Bipole III projects.

The province has already paid out $5 million, and the rest will not be paid as the province announced in October it’s pulling out of the deal.

MMF president David Chartrand said the injunction was aimed at protecting the Turning the Page agreement ahead of an upcoming judicial review of a separate deal between the MMF, the province and Manitoba Hydro.

The province also scrapped that agreement which involved $67 million going to the MMF.

While disappointed with the outcome Chartrand said Joyal’s decision was balanced.

“One of the things, I think, we were pleased to hear from Chief Justice Joyal is that the TPA (Turning the Page agreement) cannot be wiped out or washed away from this province or locked in a box,” said Chartrand. “Another thing that Justice Joyal said, ‘maybe you should look at a civil case on the $20 million,’ so that is exactly what we’re going to be doing now.”

The Pallister government declined to comment on the decision.