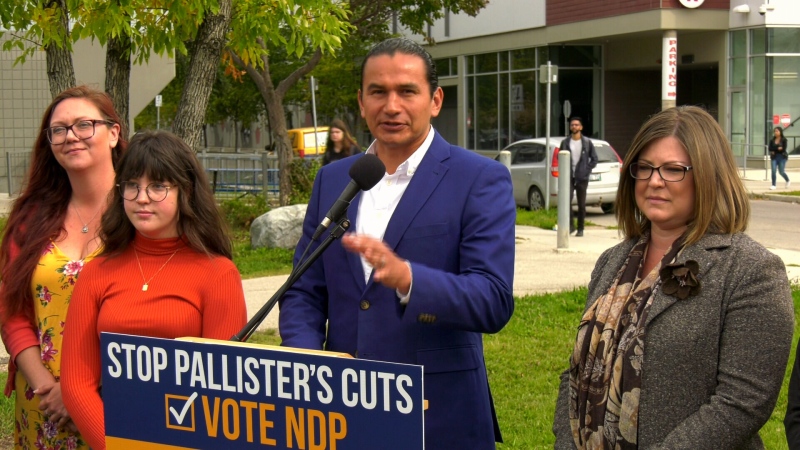 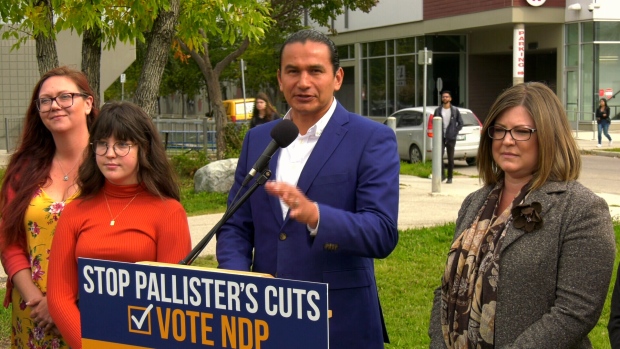 Kinew is asking people who oppose the Progressive Conservative government to vote for the New Democrats who he says are the only party that can prevent a second Tory term.

Opinion polls this year have consistently suggested the PCs are in the lead, but the race is tight in vote-rich Winnipeg between the Tories and NDP.

The same polls suggest the Liberals and Greens trail in third and fourth place, although there’s be some rise in their support.

Kinew has spent much of his time in recent days door-knocking with candidates in Winnipeg.

His recent news conferences have been in central and northwest Winnipeg, where his party already holds most of the seats.