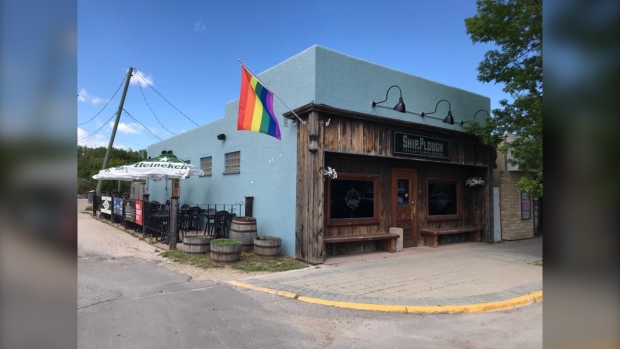 WINNIPEG — The owner of a Manitoba pub said his business is facing a $5,000 enforcement fine after a liquor inspector found a few employees drinking after the business had already closed for the day.

Scott Carman, owner of Ship and Plough Tavern, located in Gimli, Man., said the fine was a result of a liquor inspector coming by the business on April 24.

“We were ticketed for service after 10 p.m. and failure to vacate the premises by 10 p.m.,” he said.

“The place was closed, doors were locked, open sign was flipped. It was only staff members there – two of them — with my permission, and we got fined,” he said.

Under current public health orders, restaurants cannot serve any food between 10 p.m. and 6 a.m. They also have to be closed during this time, with exceptions for delivery and takeout.

“I feel that this particular incident is a misinterpretation of the spirit of the law.”

He said he will be pleading his case.

The $5,000 fine was listed in Manitoba’s latest enforcement update on Tuesday.