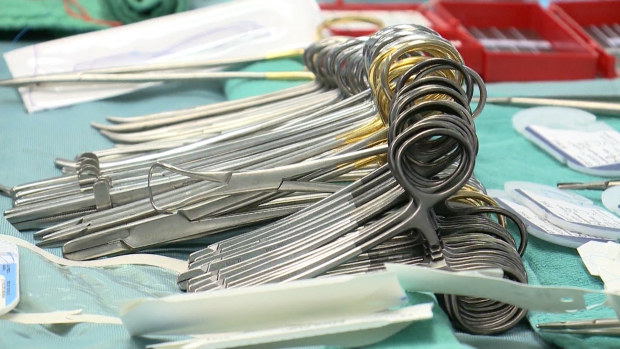 Lanette Siragusa, the chief nursing officer for Shared Health, speaking to reporters on Wednesday, provided an update on ICU capacity and staffing in Winnipeg and around the province.

“We are not intending to, nor are we aiming to, create a mass number of staffed, vacant beds immediately, rather we are approaching this in a methodological way so that we are able to appropriately care for the patients who need us, both those who have COVID, and those who are non-COVID,” she said.

Siragusa said work has been done over the weekend and in the past several days to bring more beds into the province, both for ICU and general medicine. Three new ICU beds were added to Winnipeg over the past weekend, bringing the total to 74. Six additional ICU beds are in Brandon.

As of Wednesday morning, 90 per cent of the province’s ICU beds were occupied, Siragusa said. Of the 72 beds in use, 21 were occupied by patients with COVID-19.

“Fourteen of these patients who were on ventilators were COVID positive,” she said.

Siragusa also touched on the cancellation of non-urgent surgical procedures in Manitoba.

As of Wednesday, 216 surgeries in Winnipeg have been postponed. Siragusa said the majority of the postponements were at St. Boniface Hospital, where 135 surgeries were postponed.

In the Prairie Mountain Health Region, 22 surgeries have been cancelled this week.

“The decrease in surgical activity is intended to match the escalating demands in medicine and intensive care units, Siragusa said. “And so, the site leaders are determining where staff will be redeployed based on current and immediate demands in their facilities.”

Siragusa said unless patients hear directly from their surgeon, they should assume their surgeries are proceeding.

Siragusa noted the shelter and hotel isolation program has seen an influx in use in the past week.

The shelter program in Winnipeg accepted 31 people in the past week, with an additional 30 people have used the hotel program.

“There are currently 58 people isolating at the hotel,” Siragusa said, noting additional staff has been deployed to both sites to help handle the increased numbers.