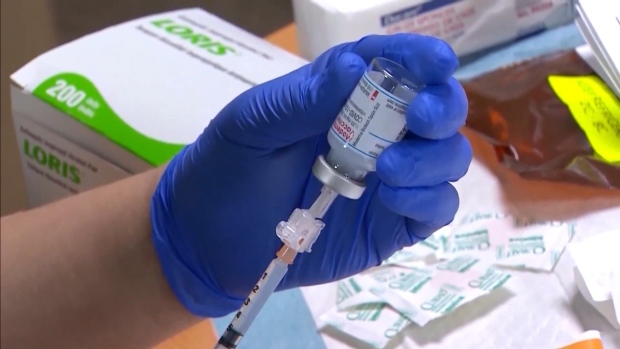 WINNIPEG — Some Manitobans are receiving false emails telling them that their vaccination appointment has been cancelled.

Peter Carlyle-Gordge spent an hour and a half on Friday trying to book an appointment for his second dose of the COVID-19 vaccine. After trying to book it via phone call, he gave up and managed to book it online.

“That went fine, and I was quite happy to do it. So you make arrangements to be free and get there,” said Carlyle-Gordge.

On Saturday, Carlyle-Gordge received an email from the province telling him he was ineligible and his appointment would be cancelled if he didn’t call to fix it.

After calling the provided number, he was told it was just a mistake and his appointment still stands.

“I wasted another hour trying to get through, and the lady I spoke to was apologetic and suggested I was not the first person to get one of these bogus emails,” Carlyle-Gordge.

In a statement to CTV News, a provincial spokesperson said, “It was sent in error and folks that received that message are getting a follow-up (if they haven’t already) to clarify.”

The spokesperson did not say what caused the emails or how many were sent.

Carlyle-Gordge said he did receive the follow-up email, but only after wasting more time on the phone.

He said he’d like to see the province address the issue.

“If this is sabotage, it’s very serious and criminal charges need to be laid. If this is just incompetence, then someone needs to lose their job,” said Carlyle-Gordge.

CTV News has been contacted by several more viewers who received similar emails. This story will be updated with their details as they become available.