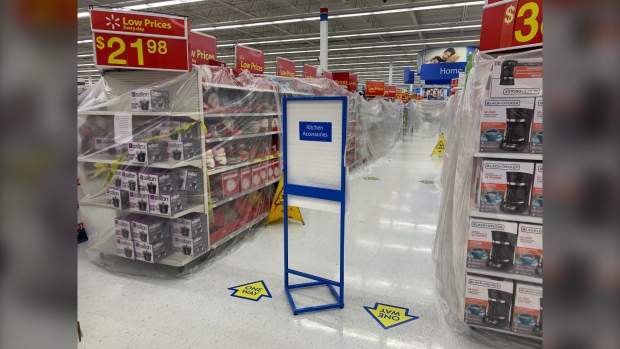 WINNIPEG — Manitobans are getting a chance to have their say on how the province will begin to ease code red restrictions.

On Friday, Manitoba Premier Brian Pallister announced the province is launching an online survey for Manitobans to submit their feedback on what they believe should be a priority when code red restrictions begin to ease.

He said according to provincial modelling, the code red restrictions are estimated to have saved 1,700 lives from Nov. 12 when the restrictions were first put in place, to Jan. 3.

“The restrictions are quite tough, but it has obviously made a difference and continues to make that difference,” Roussin said. “We lost many Manitobans and our hearts go out to those families. But we can see from our restrictions that we have saved many more.

“If we let up now, all this hard work and sacrifice from these past several weeks will be for nothing.”

“Our goal is to move forward, and our goal is most certainly to create a sustainable path forward where our businesses can safely reopen and stay open,” he said. “What we don’t want to do is have a yo-yo effect where we allow openings and then, because of rising case numbers, have to then invoke more restrictions.”

Pallister said the province is now looking for input from Manitobans to “inform our next steps.”

Manitobans will be able to submit their feedback in a survey that has been launched on EngageMB.ca.

A provincial spokesperson told CTV News it is having issues with the survey online, but is looking into it. CTV News will share the link to the survey when it becomes available.

The survey asks for feedback on what individual Manitobans believe to be the most important areas of the province to reopen.

It asks about the possibility of expanding services such as retail shopping, barbershops and salons, gyms and fitness centres, restaurants, faith-based gatherings, organized recreation and sports, and increasing indoor and outdoor gathering limits.

“This can’t be, and this won’t be a fast return to normal,” Pallister said.

Current code red restrictions are set to expire on Jan. 22. While restrictions may be eased, they will not be removed altogether. Roussin said there will be some sort of restrictions in place for the foreseeable future.

“There will be an end to this pandemic, but right now we need to stay focused.”

Pallister said the province hopes to release its plan for the next steps forward early next week.