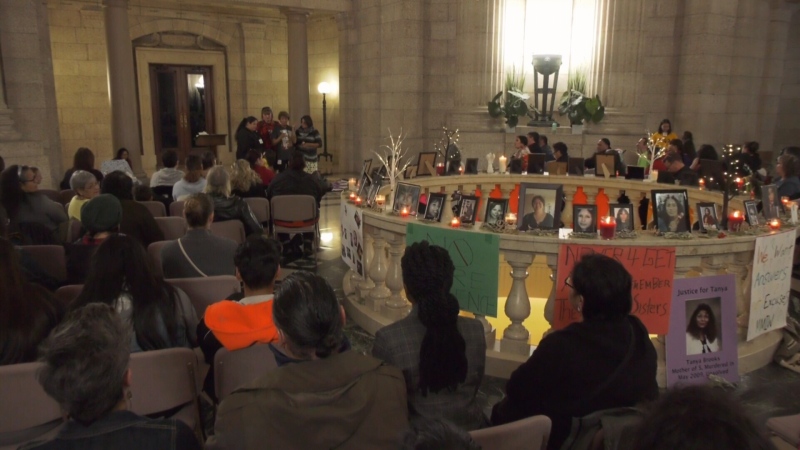 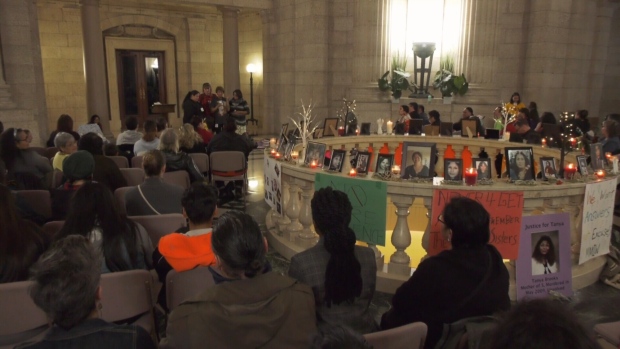 Winnipeg’s Indigenous community called for help from the Federal Government during an awareness day vigil for the missing and murdered on Friday.

The vigil was one of many held on Friday, to commemorate Missing and Murdered Indigenous Women, Girls and Two-Spirit people Honouring and Awareness Day.

“Families are championing those 231 calls to action,” said Alaya McIvor, referring to the National Inquiry into Missing and Murdered Indigenous Women and Girls report, released on June 3, 2019.

“I’m here in solidarity with all these families,” McIvor added, who said she lost her cousin Roberta Don McIvor.

Dozens gathered at the Oodeena Celebration Circle at The Forks, where everyone prayed and lit candles honouring the lost lives of loved ones.

A number of ceremonies took place throughout the day, beginning at the Legislature, with a healing jingle dress dance and a Feast and Pipe ceremony, followed by families and friends speaking on behalf of those missing and murdered.

St. Johns MLA, Nahanni Fontaine said this is only the third provincially-recognized day to honour and remember the murdered and missing – but she said these families have been coming together for years.

She said the day is meant to give those families the support they need.

“Often when you ask families, they feel alone and forgotten,” Fontaine said, at an earlier event.

“It’s a day to show compassion for families.”

Friday, an arrest was made in connection to the death of Norma Andrews, who was killed at a house on Balmoral Street on September 21. Jesse Jordan Gamblin, 20, was charged with second degree murder.

Friday’s event organizers said they hope these public commemorations will encourage more people to come forward with information about other unsolved cases – so more families can get the answers they desperately need.