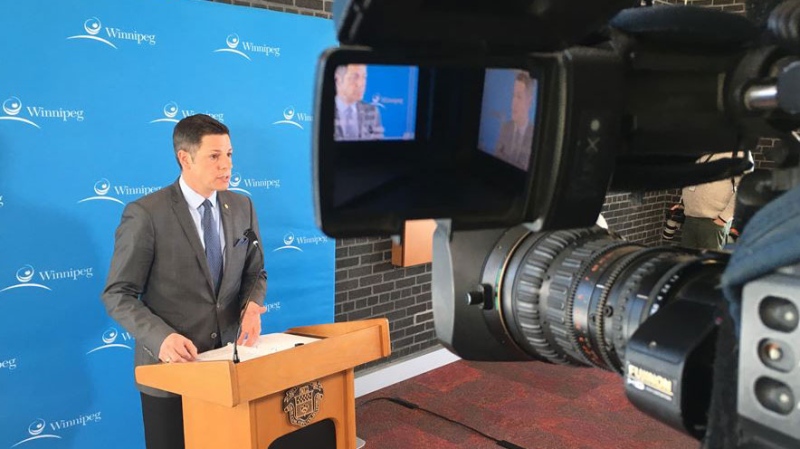 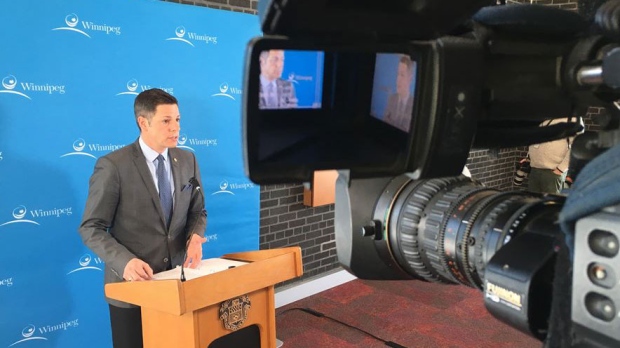 Safe injection sites, roads money, Uber and Lyft — Mayor Brian Bowman used his annual State of the City address to target the Pallister government on a variety of topics.

Bowman made his strongest comments to date on the possibility of a safe injection site setting up in Winnipeg.

“We need to put partisan ideology aside when it comes to establishing supervised consumption sites,” said Bowman

Bowman has said in the past he’s open to such a facility. Now he says Winnipeg won’t be a barrier to one because of the meth epidemic.

“I absolutely wanted to send a clear message to other levels of government as well as to the broader community we have to look at doing new things in our community in order to fix some old problems,” said Bowman after the speech

In 2018 the Bear Clan Patrol found more than 40,000 discarded needles. Co-founder James Favel was in attendance.

“We know that these things save lives, so why are we waiting,” said Favel

“…we remain concerned about the real and significant safety issues that have been seen in jurisdictions where consumption sites have been established,” said Friesen.

Chief of the Winnipeg Police Service Danny Smyth says he’s open to the idea but doesn’t know if it’s the right solution for Winnipeg, because the city is dealing with a meth crisis unlike some cities where supervised drug sites exist.

“…most of the safe consumption is kind of dealing with opioids so we’re dealing with a very different kind of drug problem here,” said Smyth.

No recent speech from Bowman would be complete without talking about the roads funding dispute with the province. Last week the city revealed almost no residential streets will get fixed this year because of a $40 million hole in the budget. During his speech the mayor called out provincial politicians in Winnipeg.

“We need Winnipeg members of the Manitoba Legislative Assembly to speak up for Winnipeg and end their silence,” said Bowman.

Winnipeg city council votes on its budget next week. The Manitoba Heavy Consturction Association says the mayor can find more roads money from within before the vote takes place, while continuing to lobby the provincial government.

“There’s no such thing as a budget that doesn’t have the opportunity to flex and this is certainly one of those that has opportunity for flex,” said Chris Lorenc, president of the Manitoba Heavy Consturction Association.

Bowman says he is having ongoing discussions with city councillors about the proposed budget.

The mayor also continued his push to see the largest ride sharing companies roll into Winnipeg. Bowman called on Manitoba Public Insurance and the province to change rules that would attract Uber and Lyft.

In other announcements, Bowman says a report is coming this spring to fulfill his campaign pledge to remove overtime as a pensionable earning for police. He also says Winnipeg CAO Doug McNeil is delaying his April retirement by a month to help manage the flood season.