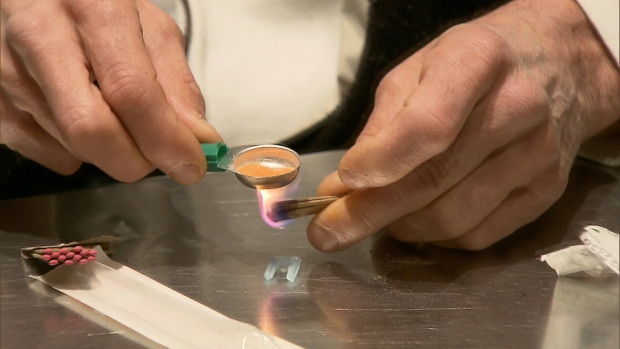 WINNIPEG — New research out of the University of Manitoba is looking at the extent to which those who use methamphetamine rely on the healthcare system.

The study found that meth users are much heavier users of the health system compared to the average Manitoban.

Researchers at the university went through anonymous health data for about 4,800 adults in the province who use the drug.

They found the number of emergency department visits involving people who use meth in Winnipeg jumped from 134 to 1,001, between 2013 and 2018.

The study found those who used meth had significantly more doctor visits and more contacts with paramedics.

“We’re seeing individuals coming into contact, hopefully receiving some of the services that they need, at least from a medical perspective,” said Dr. Nathan Nickel, who is an associate professor at the U of M in the School of Medicine.

“But certainly there is more that can be done, because a couple of the other findings that we documented in our report is that, by in large these are younger people, these are people who are experiencing poverty or low income.”

Nickel said the study also found that people who used meth were far more likely to develop mental health disorders such as psychosis, mood and anxiety disorders and substance use disorders.

He added the data used in the study proves the use of meth has increased in the City of Winnipeg.

Nickel also noted the study shows that more marginalized groups are more likely to use meth.

“People who end up using methamphetamines are facing a whole myriad of challenging circumstances. They often have a high risk of having experienced an adverse experience as a child. They experience housing instability. We know from the literature that they have experienced contacts of racism and intergenerational trauma.”

He added, while it’s a positive that these people are using the healthcare system, the study determined other support systems must be available to help them deal with their drug use.

The researchers will continue to examine meth use in a project that is being funded by Health Canada.

The plan is to document the lived experienced of Manitobans who use meth and study their health outcomes.