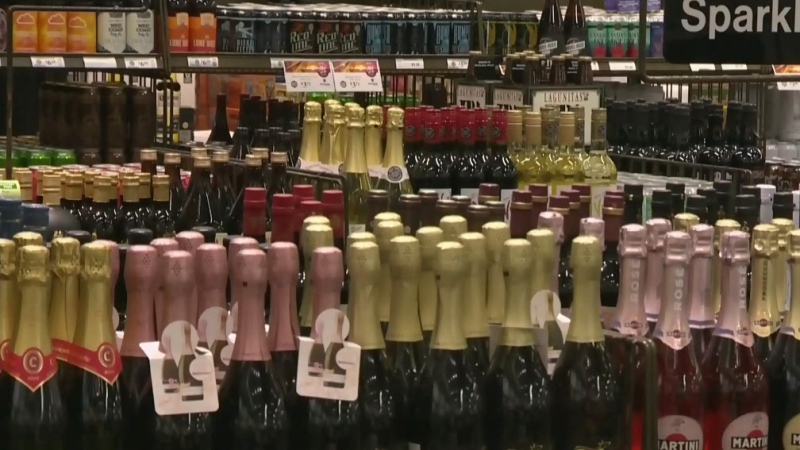 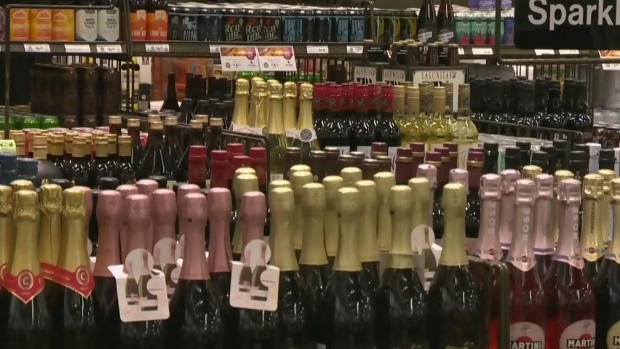 The union representing liquor store workers in the province is sounding the alarm over a resurgence in brazen thefts.

It follows a chaotic scene captured on video at a liquor mart which appears to show multiple people last week grabbing bottles of booze off store shelves.

It’s a problem which Manitoba Liquor and Lotteries said is back on the rise – one showing no signs of going away.

High rates of theft decreased this past spring following the introduction of new security measures but the number of arrests has increased heading into fall, according to the Crown corporation.

In a statement, MLL said it’s “shocked to see brazen acts of theft occurring so openly all over the city,” noting in part of its statement: “the rate of theft in liquor marts is as high as it’s ever been.”

The problem of people walking into liquor marts and walking out with products without paying was thrust back into the spotlight when the video, which appears to show a group-shoplifting incident, surfaced on a social media website.

Winnipeg police arrested five teenagers. Officers said they’re aware of the video, posted by a Reddit user, and that a couple hundred bottles were stolen in the shoplifting incident.

“Our members were already on edge about all of the brazen thefts that have been going on for way too long now,” said Jean-Guy Bourgeois, director of internal operations with the Manitoba Government and General Employees’ Union which represents liquor store workers.

“To see something that extreme, that degree of lawlessness and disrespect for people and property – it’s absolutely frightening.”

Winnipeg police said it’s not just liquor marts but all kinds of retailers across the country seeing a new pattern of shoplifting involving groups of people.

“It is somewhat unusual to see that degree of organization with a number of people sort of deciding to swarm a retail location of some kind and steal,” said Cormier. “Normally shoplifting tends to be a more solitary activity.”

Earlier this year, Manitoba Liquor and Lotteries announced new security measures in stores which include hiring trained loss prevention officers, expanding the use of special duty constables from the Winnipeg Police Service and making people check bags and show identification when walking into stores.

“Clearly much more needs to be done,” said Bourgeois. “When you’ve got a situation this out of control — we need to see more action.”

MGEU has requested a meeting with management from Manitoba Liquor and Lotteries.

In its statement, MLL said it’s still implementing some additional measures to curb the number of incidents.

MLL said shoplifting continues to be a problem, even with uniformed special constables on the sales floor. It said some people become violent when confronted by requests for I.D. or when security staff or customers try to block them from getting in or leaving a store.