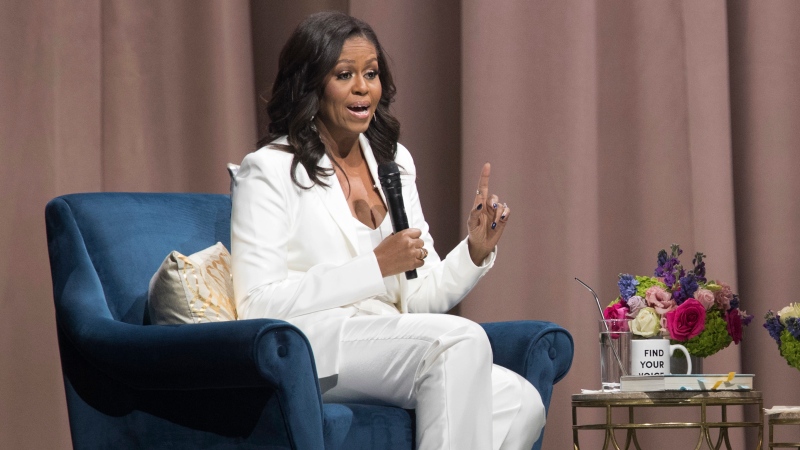 Former U.S. First Lady Michelle Obama spoke on a range of topics at a speaking engagement Tuesday in Winnipeg– but the underlying theme was youth empowerment.

Obama spoke in front of thousands at Bell MTS Place during the event, “A Conversation with Michelle Obama,” sponsored by the Winnipeg Chamber of Commerce. 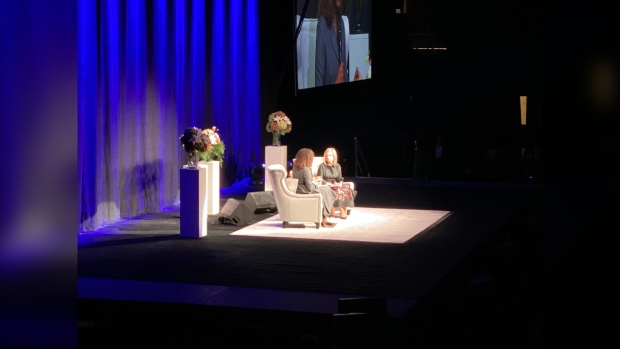 She talked about her upbringing in the southside of Chicago in a blue-collar family, where her parents made the best of what they had to raise her and her brother.

“I want parents to know, you don’t have to have a lot of stuff to give yours kids what they need,” said Obama.

Obama said she still remembers the moment her husband, former U.S. President Barack Obama, was elected and the impact it had on their lives.

“To see my husband’s name appear on the news channels, naming him president elect, it’s at that moment that our lives changed.”

She spoke about her time in the Whitehouse as first lady, and the responsibility she put on herself to best utilize her platform.

“We did our best to fill that house with kids,” said Obama.

The former first lady also spoke about how her and her husband first met. At the time, she was working at a law firm in Chicago. She was tasked with mentoring a new associate – little did she know that would be the start of her journey with her husband.

“Who name’s their kid Barack Obama?” she said.

She notes she was skeptical at first, but they immediately became friends once they met. 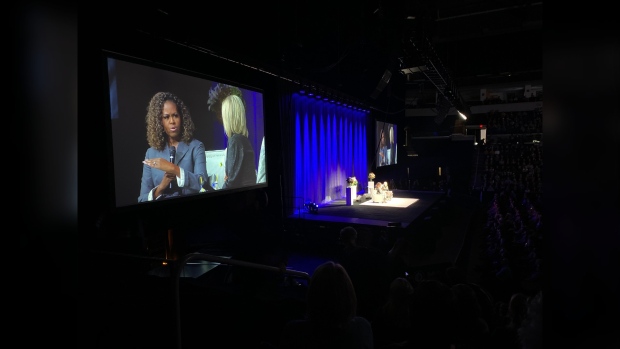 Throughout the afternoon, Obama continued to share her belief about the importance of empowering youth.

“I hope that kids would see themselves in my journey and know that they have the same opportunities in life,” she said.

“I hope that more young people find it in them to share their story and be proud.”

Obama said her and Barack currently work with young leaders from around the world, and will continue to do so.

“We’re out of the Whitehouse, but there’s still work to be done, we’re investing in the next generation of leaders,” she said.

“There’s always a next chapter, always a way to recreate yourself,” she said. “After all that I’ve done, there’s still so much that lies ahead.”