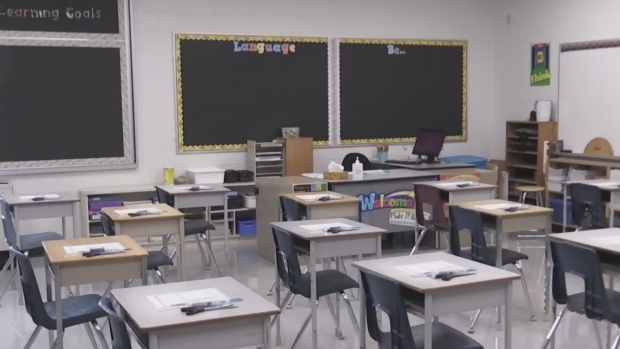 WINNIPEG — The province’s minister of education fielded questions from Manitobans about Bill 64 and what the government’s education strategy would look like in a proposed single northern region.

Under the proposed changes, Manitoba’s 37 school divisions would be replaced by 15 regions. The four school divisions (Frontier, Kelsey, Flin Flon, and Mystery Lake) currently in place in northern Manitoba would be combined into one region.

The province’s education minister faced multiple questions about how a single northern region would work.

“How are you enabling people to get together and discuss these things when you have to drive from Flin Flon to The Pas, or from The Pas to Thompson,” asked one caller, who said they previously worked as both a teacher and a school trustee.

“How are you going to handle it? I can’t see one division for the whole north.”

Rudy said this is a concern, and the province is looking at ways to address it.

Cullen said each school would have an elected school community council to work with the school leadership in an advisory role. The education minister said each region would elect one representative to help advise the minister.

“The local voice will be there at the local school level to provide advice to the leadership at the school,” Cullen said.

Bill 64 would remove the elected school boards and school trustees – which Cullen said would help ‘streamline administration’ and redirect $40 million within the school divisions.

“Obviously, that money will be redirected from administration to the front lines to support teachers, educational assistants, additional clinical support, more resources for special needs students and for mental health issues,” he said.

“A lot of these positions will remain, and will remain at the local level.”

You can read Bill 64: The Education Modernization Act and the Better Education Starts Today strategy here.