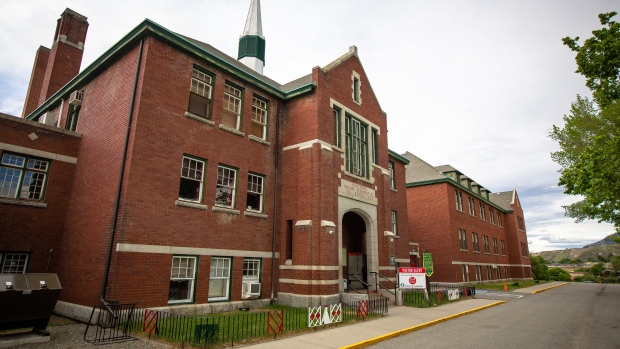 TORONTO — While the Vatican has refused to release residential school records, it isn’t the only body suppressing the racism and abuse experienced within these institutions.

The Canadian government destroyed 15 tons of paper documents related to the residential school system between 1936 and 1944, including 200,000 Indian Affairs files.

From the age of four, Mike Cachagee attended three separate residential schools in northern Ontario. But there are few records to prove it.

“All the records of me going there, my attendance, everything was at the hands of my captors — the Church and Canada,” Cachagee said in an interview with CTV National News from Goulais River, Ont.

Cachagee says he was sexually and physically abused while at the Church-run, government-sponsored institutions, and saw former classmates unceremoniously buried in front of his own eyes.

With records being either destroyed or withheld, many children who attended Canada’s residential schools have become ghosts of history.

In Kamloops, B.C., the Truth and Reconciliation Commission of Canada (TRC) only has records for 51 children ever dying at the residential school despite the remains of 215 being discovered last week.

The Catholic Church administrated many of Canada’s residential schools, including the one in Kamloops, as did the Anglican, United and Presbyterian churches for more than 120 years.

Despite previously meeting with Indigenous leaders, there has been no papal apology on Canadian soil – one of the calls to action in the TRC’s final report released in 2015.

Residential school survivors say the lack of accountability is adding to their trauma.

“To apologize from the church’s leader would acknowledge the truth and once truth is accepted and truth is told, then we move to reconciliation,” Cowessess First Nation Chief Cadmus Delorme said.

Archbishop J. Michael Miller of the Vancouver archdiocese said Catholic organizations should address their role in the schooling system and release their records.

However, the Archdiocese of Regina isn’t waiting for Rome.

Archbishop Donald Bolen issued a statement on Thursday on the Archdiocese website apologizing for the “hurt and decisions of our Church” both presently and in the past.

Bolen explained to CTV News that the apology was necessary given Saskatchewan’s history of residential schools.

“Because the legacy of suffering connected to residential schools in this province and in this diocese is so deep,” Bolen said.

While the Catholic Church hasn’t apologized for the abuses endured by those who attended residential schools, one religious group did so years ago.

Rev. Carmen Lansdowne is a member of B.C.’s Heiltsuk First Nation. She is also minister of the First United Church, an inner-city ministry of the United Church of Canada.

The United Church formally apologized in 1988 for its role in operating residential schools.

“I don’t think I could have become ordained if we hadn’t apologized,” Lansdowne said.

More than a dozen lawyers across Canada on Thursday formally requested that the International Criminal Court investigate the Vatican and the Canadian government for what they say constitutes crimes against humanity.

But with a majority of the remaining residential school records still in the hands of the Catholic Church, experts say getting the ICC to hear the case will be challenging.