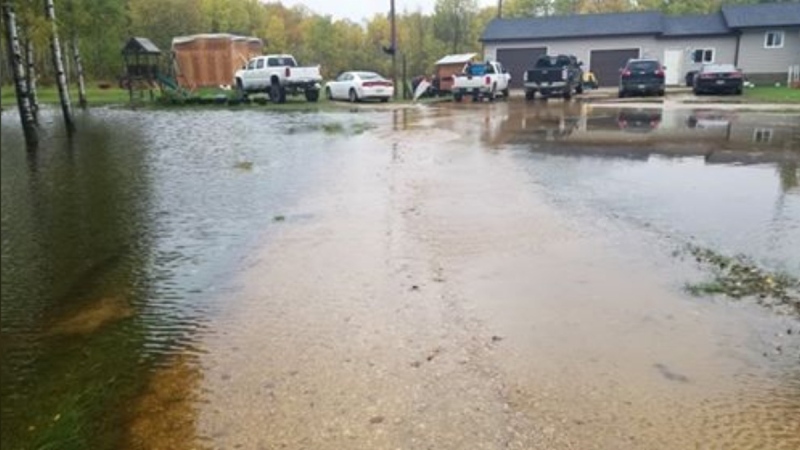 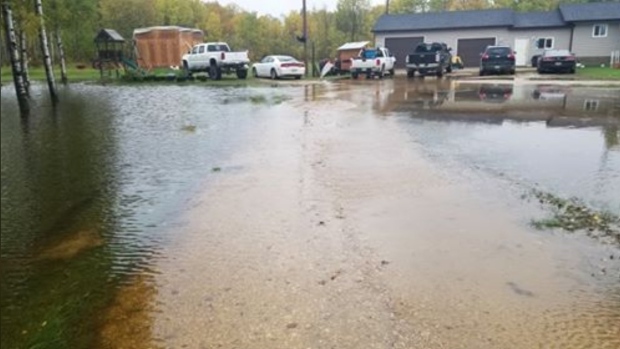 WINNIPEG — A meteorologist with Environment and Climate Change Canada is warning people in southern Manitoba to plan ahead, as more rain in the forecast could create problems for communities already under a local state of emergency due to flooding.

Natatlie Hassell is a warning preparedness meteorologist with the weather agency. In a phone call with CTV News Friday, she said another low pressure system is headed into the region tonight.

“This will only exacerbate the situation. It will not make things better,” Hassell said.

“There’s rain tonight and tomorrow. For the southeast of the province, there could as much as another 25 mm of rain by the end of Saturday.”

Winnipeg is expected to get about 15 mm of rain in the same time period.

Hassell said a few sunny dry days are expected in the area early next week followed by more wet weather, which could cause more issues.

Hassell said looking at data from the weather station in Steinbach, 189 mm of rain fell in September, which is more than three times the normal amount of precipitation for that time period.

A map from Agriculture and Afro-Food Canada shows the higher than average moisture levels over the past 30 days.

Hassell encouraged people having to drive in the area to get informed about the road conditions, by checking 511, to think about rescheduling events and have a plan B.