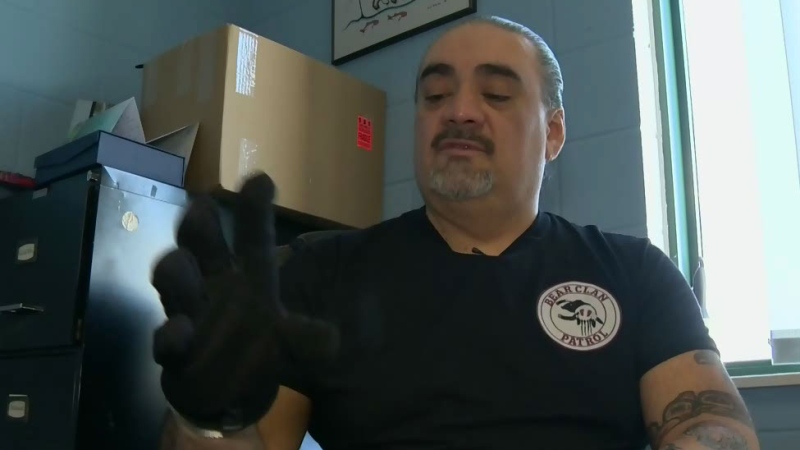 Increases in property crime, emergency room visits and cases of blood borne diseases – all known consequences of the meth epidemic.

“Without question, the number of needles that are out on the street has exploded,” said Const. Rob Carver.

More officers are being poked by needles on the job compared to years past: 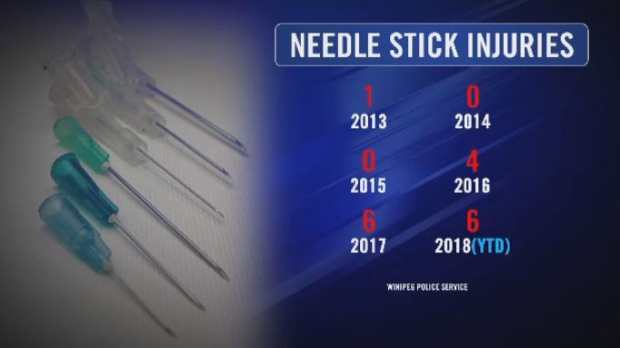 Carver said these types of incidents are very traumatic.

“From the officers I talk to that one of their biggest concerns on a daily basis is being stuck by a contaminated needle,” said Carver.

The rise in officer-needle injuries coincides with the number of clean syringes now being handed out by the Winnipeg Regional Health Authority to cope with IV drug use. 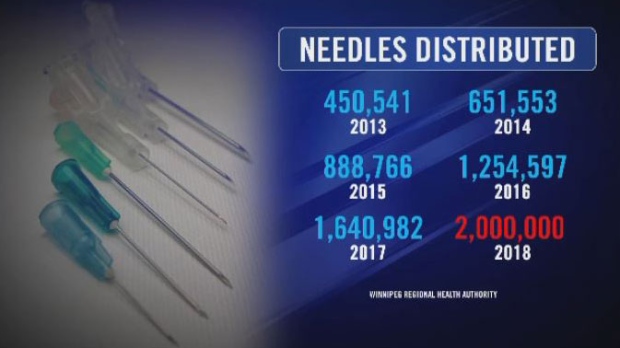 Sabourin said a health and safety committee made up of police service and police association officials is discussing the gloves as an option.

“They are fairly expensive they’re $80 to $100 but in our view a member’s safety should not be dependent on cost,” said Sabourin.

Bear Clan co-founder James Favel said his group has found 40,000 needles this year, which is ten times more than the year before.

“We’re coming across more of these things on a daily basis so it wouldn’t surprise me at all if we’re seeing more and more people getting poked,” said Favel.

Favel has been poked himself along with five other members. Following a recent donation, his members are now equipped with the poke resistant gloves.

“It makes everybody feel a lot more confident in what we’re doing out there and it’s nice to be protected,” said Favel.

Carver said all officers have Kevlar lined gloves to protect them from being slashed with a weapon. He said they are not stick resistant, but said on the street the current gloves are still a better choice.

“I’d rather have a slash resistant glove because if I’m confronted by an individual with an edged weapon this offers me protection against it, the puncture resistant glove doesn’t,” said Carver.

Carver said all officers have been trained on how to decrease the risk of being poked by a needle when patting down and searching a suspect.