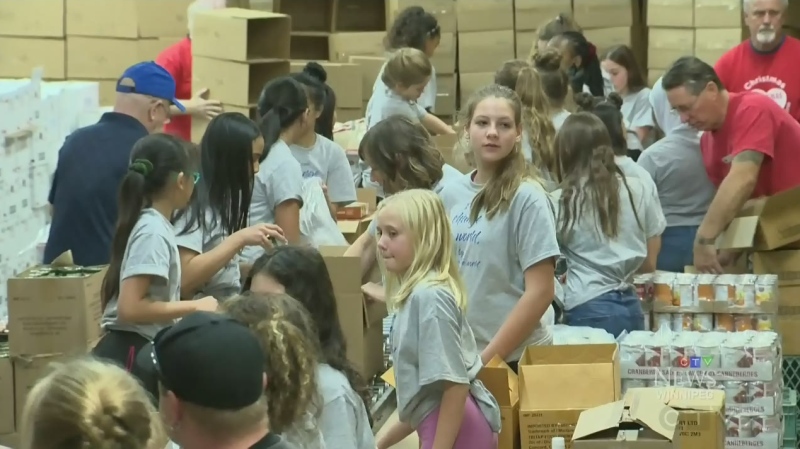 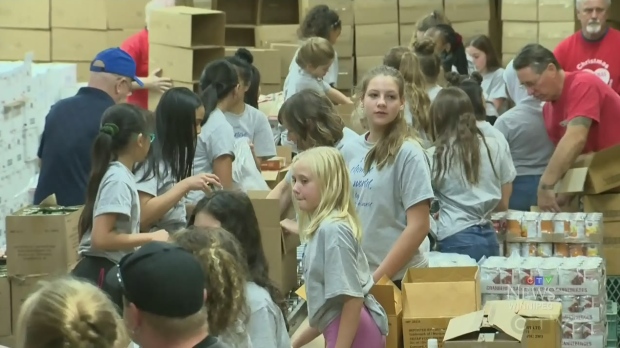 In 1919, churches across Winnipeg began to provide Christmas food hampers and toys to widows and orphans of soldiers lost during the First World War.

Those churches would later combine their efforts to create The Christmas Cheer Board of Winnipeg.

This year, the board is marking a century of providing hampers to Winnipeggers during the holidays.

“We started our operations because of a need and the need is still there,” said Linda Grayston, Christmas Cheer Board assistant executive director.

Today, the registered Canadian charity provides more than 17,000 hampers and gifts to children and families in Winnipeg each holiday season.

“For the people who receive them, it’s amazing,” said Grayston.

They can also leave a lasting impression.

“We have older people who come in with donations and oftentimes we talk to them and they say, ‘I got a hamper when I was a child. That was the only thing that we got. Without that I wouldn’t have known what it was like to celebrate Christmas the same way,’ and so that makes us feel really good,” Grayston said. “We know there’s many people like that who come in.”

Grayston said the board couldn’t have lasted a century without the approximately 3,000 people who volunteer their time each year.

“Our volunteer base grows every year and we have hundreds and hundreds of volunteers that come and work with us,” she said.

More than 1,000 of those volunteers are students from across the city.

“We bring them in twice a day over a three-week period and they pack all the hampers,” Grayston said. “It’s amazing. Those kids work so hard. And they sing songs and they laugh. It’s wonderful.”

The cheer board operates under the guidance of its long-serving executive director, Kai Madsen.

“He’s passionate about the Cheer Board,” Grayston said. “He just loves it and he just considers it a fun adventure every year.”

Long-serving volunteers and donors will be honoured during a reception at Government House on Tuesday, Oct. 1.

A list of ways you can help the cheer board can be found online.