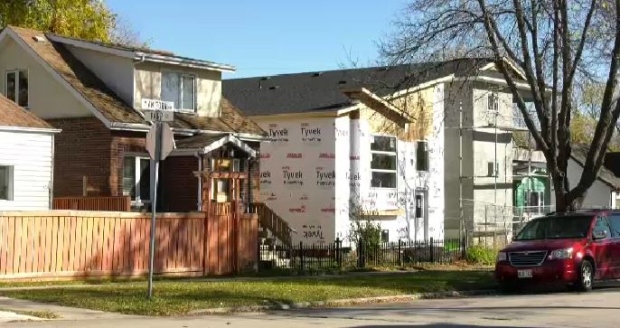 After multiple discussions and dozens of submissions, the Standing Policy Committee on Property and Development carried the motion with a few amendments.

The guidelines include things like where infill housing can be built and the height they can be.

The guidelines also stated how many can be built on a street at a time, but it was removed before passing.

Tim Comak, who worked on an advisory committee helping the city, said these guidelines are the best the city could do within the small-allocated budget and timeframe.

“With what they were given, these guidelines are as good as they get. It’s not visionary. It’s incremental in approach,” said Comak, a housing developer and technical advisory committee member.

Councillor Janice Lukes, who voted in favour of the guidelines, acknowledged they aren’t perfect.

“This isn’t going to make everyone happy. I think this is a start,” said Lukes. “I really feel we have to go forward with the guidelines to have some sort of surety.”

“I would say it’s a step toward certainty, but I wouldn’t say it’s certainty because council can still over ride planning’s decisions until it moves up the level to bylaws,” said Richard Milgrom, head of the department of city planning at the University of Manitoba and speaker at the meeting.

Councillor Sherri Rollins, who isn’t on the committee but spoke at the meeting, shares similar concerns.

She said she is on board with infills since they are key to meeting the city’s climate plan and increasing density, but she said guidelines are not the way to govern them.

“Councillors should be involved in bylaw. Bylaw that strengthens infill development in Winnipeg and that is absent here. It is implied but absent,” Rollins said.

“We need to be looking at this as an entire plan of the city. We haven’t done one in decades and now we are throwing them together with not the right amount of money,” said Klein. “We are not ready. We are throwing these out for whatever reason.”

Klein noted that the department created a set of solid guidelines with what they were given to work with.

LIVING NEXT TO AN INFILL

An avid gardener, Tiffany Grenkow takes pride in her backyard, but recently getting outside has been far less enjoyable due to the construction of an infill home next door.

“Residents are being, I can’t think of any other word other than terrorized by lot split infill going on, especially on my street,” said Grenkow.

Glenwood, the area of Grenkow’s home, had the most number of residents submit their thoughts on the matter to city hall.

Though the guidelines have cleared a hurdle, it’s too late for Grenkow.

“It’s really great that they are addressing it and they are going to try and create more suitable guidelines, but for us, it’s too little too late. They already let this pass even though they were already aware the guidelines were insufficient.”