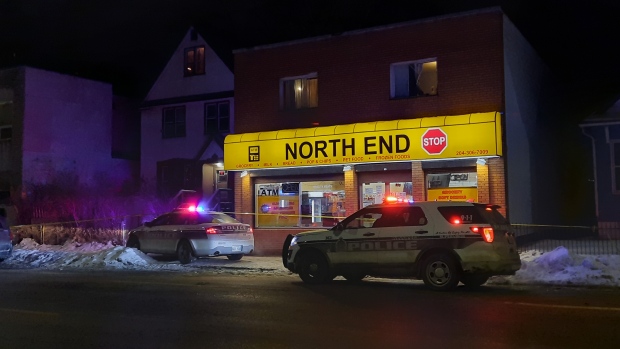 WINNIPEG — Winnipeg police are investigating a shooting in the North End Monday evening that left one man in hospital.

Around 7:40 p.m., Winnipeg police said officers were investigating a shooting that had just occurred. Police said Selkirk Avenue between Aikins Street and Robinson Street was closed as officers investigated the shooting.

Police tape lined the front of a convenience store located on Selkirk Avenue. A second-storey window above the convenience store was open with the screen partially removed, and an article of clothing was seen lying on the sidewalk out front.

Multiple police units were on the scene Monday evening.

Winnipeg police said one man was taken to hospital with gunshot wounds. Police did not have an update on his condition Monday night.

Police have not released any further details.