WINNIPEG — A pair of ice fishers on Lake Winnipeg had a close call after they heard what sounded like a gunshot as a massive crack in the ice opened up underneath them.

Mark Lucas and his friend were settling in for an afternoon of ice fishing on Lake Winnipeg near Chalet Beach on Saturday when they felt a rumble and a crack.

“The tent and the truck started shaking around and then water spurted out of our holes and our tent started sinking,” Lucas told CTV News on Tuesday. “In a split second the tent started going down.”

Lucas said both he and his friend were able to get out safely and were eventually able to recover all of their equipment. Once they got out, they saw the ice fracture that had opened right through the middle of their tent.

“We call it an ice quake,” said Rick Gergatz, the administrator for the Lake Winnipeg Ice Report, a group that reports on ice conditions.

“Ice will expand just like anything else when it gets warm. If it has nowhere to expand, it shatters, it breaks, it finds the weak point and cracks and breaks. And that’s what happened here.” 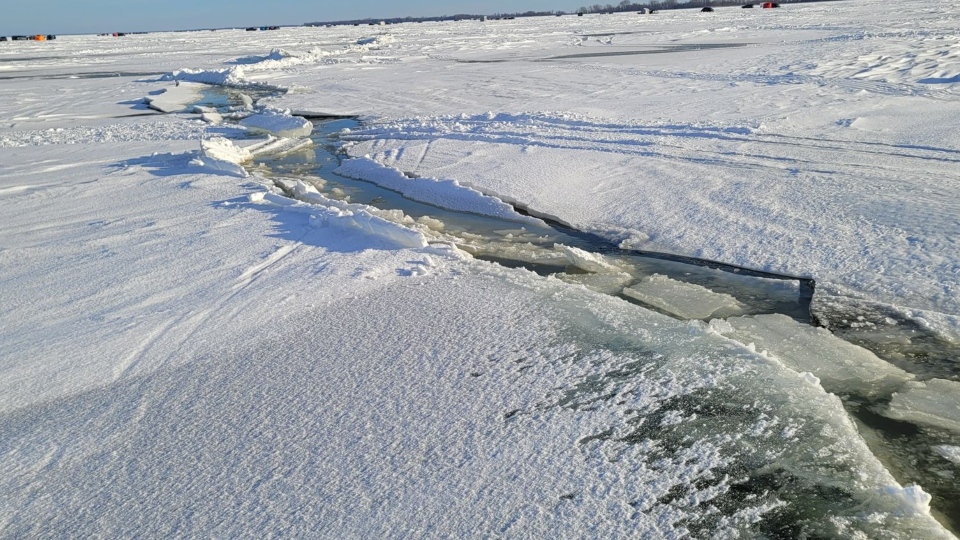 While ice quakes are common, Gergatz said one of this size is a bit more unusual.

Lucas, who has been ice fishing for about 12 years, said he’s experienced ice quakes before but has never had one go right through his tent.

Gergatz was out on the ice when the quake struck and said he felt it even though he was more than a kilometre away.

“It shook me, it shook everything in the (Snowbear) just like an earthquake,” he said. “It shook all the way from the mouth of the Red River all the way up to Hecla.”

Gergatz said with the warm weather, hundreds of vehicles had headed out on the ice for an afternoon of fishing, many of which became stranded on the lakeside of the massive fracture.

Gergatz said three fishers who know the lake well found a safe place to cross the fracture, and helped hundreds of cars get back to shore safely.

“They stood at the shovels in their boots in water for three hours, helping people across,” Gergatz said. 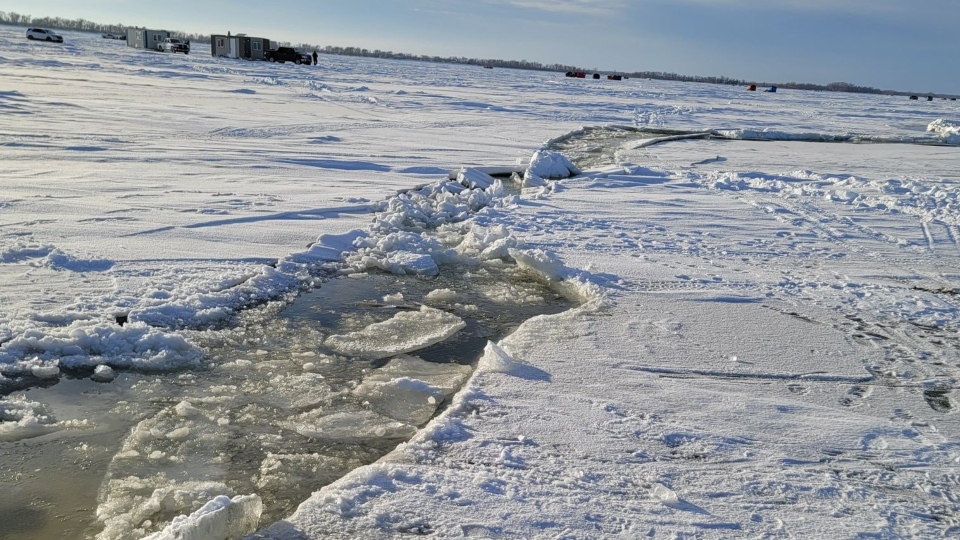 While he hopes this doesn’t discourage anyone from ice fishing on Lake Winnipeg, Gergatz said it is a good reminder to be safe and be prepared when heading out on the ice.

“When you hear the big crack or boom, and then it actually shakes you – that’s a warning that the way that you came on the lake may not be the way that you’re going to get off.”

Gergatz encouraged people to pack up before it gets dark so you are able to find a safe route back to shore.

His advice for those venturing out on the ice – “be smart, be safe, and be prepared.”