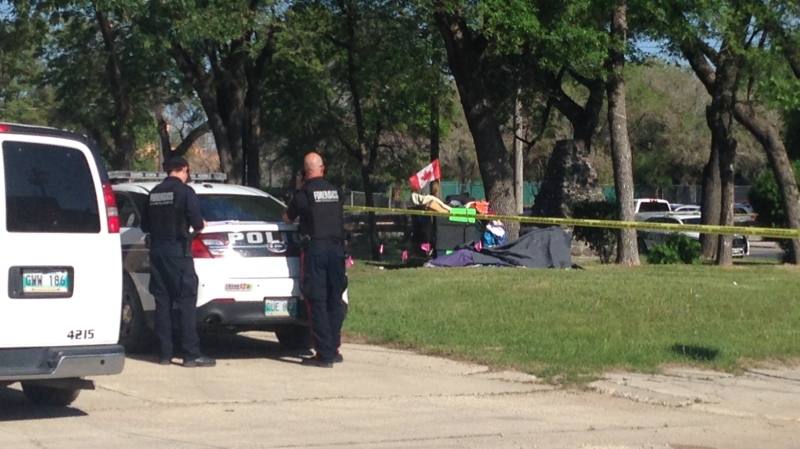 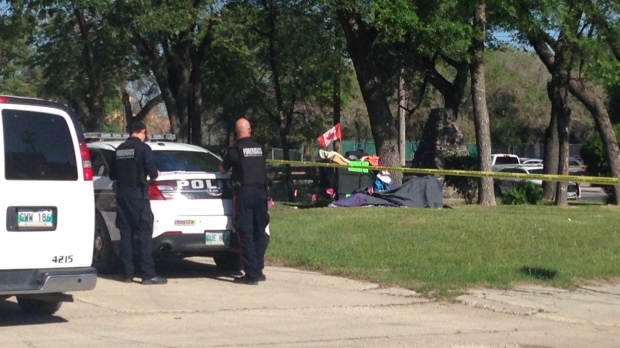 Winnipeg police said the death of a man found Wednesday morning in a Point Douglas park is being investigated as a homicide.

Officers were called to the park at Maple Street and Higgins Avenue at around 7 a.m. Wednesday.

On Thursday police identified the victim as Gabriel Radford Coates, 44, and said it’s believed he may have been assaulted overnight or in the early morning hours.

Const. Jay Murray, Winnipeg Police Service, said Coates was recently transient. He said while there was at least one tent set up at the park, it’s not known for sure if Coates had been there, or for how long.

He asked anyone who may have information or access to surveillance footage to come forward.

“I know a number of homicides this year or in past years have been solved through the use of video surveillance,” said Murray.

He said it’s common for businesses to have some form of surveillance, and that the assault took place in an area that’s primarily commercial.

“You never know what may be able to help, whether it’s some people walking down a sidewalk before or after the crime, and it may help us identify it better or narrow down the time frame in this incident,” he said.

Murray also asked that anyone passing through the area around that time and saw something suspicious contact the homicide unit at 204-986-7085 or submit a tip through Crime Stoppers.

Number of homicides in Winnipeg in 2019 now sits at 24

Coates’ death is the 24th in Winnipeg so far in 2019. Police have said in an average year they investigate around 22 deaths, the same number Winnipeg saw in 2018.

“Exhaustion is a concern, it can take a toll on police officers, but it’s also the nature of police work,” Murray said, noting the random nature of homicides and that some years see much higher numbers than others.

“With specific to this year, I think a lot of people are asking ‘what’s the common denominator’ and ‘what’s fueling the increase in homicides,’ and you take a look at the homicides and they’re all very different in their own regards.”

Murray said at least six of the 24 homicides this year have been linked to meth use, nine involved firearms, and more have been stabbings.

Murray said police believe meth use is driving up violence overall, but noted only a quarter of this year’s homicides have been linked to meth.