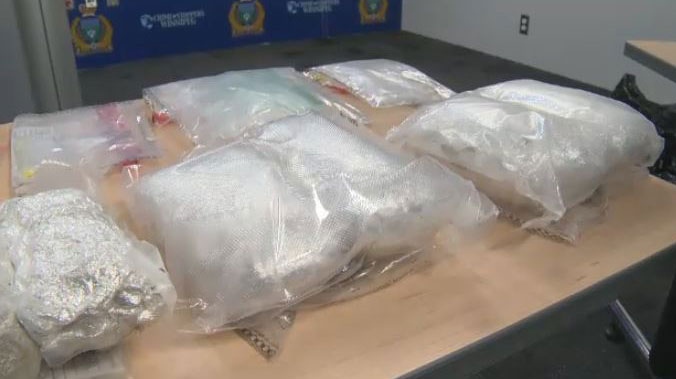 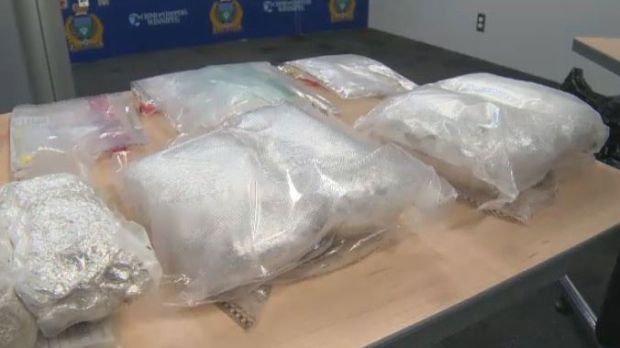 The Winnipeg Police Service seized 10.14 kilograms of methamphetamine, with an estimated street value over $1 million, during a 50-day investigation targeting drug dealers.

Officers said the investigation also resulted in the seizure of $127, 000 in heroin and $5,000 in fentanyl.

Five people were arrested in connection with this investigation.

The first incidents were on Nov. 19, when police arrested a man in the Broadway and Sherbrook Street area. After searching a vehicle, police found 10 packages of meth that were half a kilogram each.

Afterward, officers, powered by a search warrant, raided a house in the St. Vital neighbourhood and found 1.1 kilograms of meth, $24, 550 in cash, a money counter, packaging material, a vacuum sealer and scales. One man was arrested at this home.

On Dec. 3, police searched homes in Transcona and Lakeside Meadows, where they found 3.64 kilograms of meth, half a kilogram of heroin and around $40,000 in cash. Two people were arrested.

One month later, on Jan. 3, police issued a search warrant at a home in Transcona, and discovered 500 grams of meth, 10 grams of fentanyl, two grams of heroin, two rocks of crack cocaine, as well as a scale, scoresheets and packaging materials. A woman was taken into custody.

As a result of these three incidents Andre Maurice Lussier, 35, Ryan Richard Trudeau, 32, and Crystal Smith, 37, have been charged on drug-related offences and were released on promise to appear.