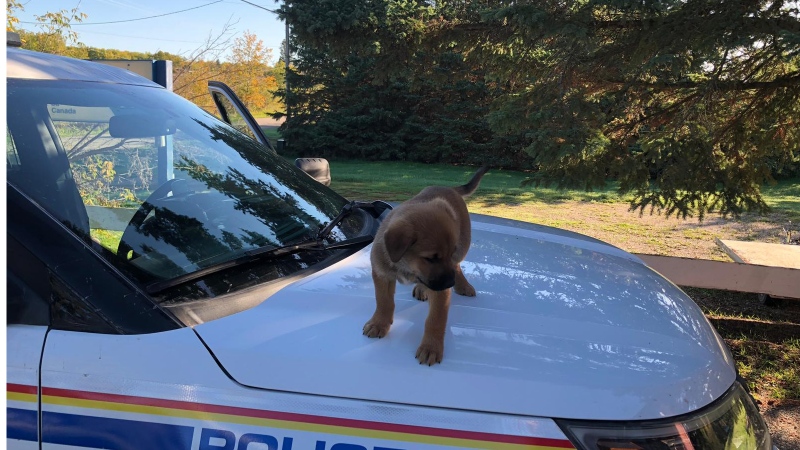 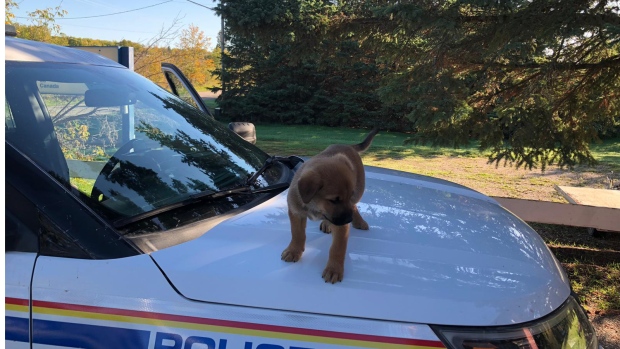 WINNIPEG — RCMP officers in Elphinstone, Man., were left with a furry little surprise on their front door step last week.

Const. Kofi Ilboudo said he heard a knock on the door of the Elphinstone RCMP station early in the morning on Sept. 23. On the front steps was a clear plastic box, and inside Ilboudo said he found a starving little puppy.

“I was speechless,” Ilboudo said. “Honestly, only people that are heartless individuals would do something like that to an animal.”

Ilboudo said another constable took the puppy inside to warm it up and give it some food.

Over in Winnipeg, another RCMP member heard what happened on the radio and decided to adopt the puppy. Along with a new home, the puppy was given the name Hero.

While Hero’s story had a happy ending, RCMP said not all animals do.

RCMP Const. J Singh was with Ilboudo when he found the puppy. He said he’s seen a lot of animals abandoned on the highway, and he’s trying to raise awareness about it. He said abandoning an animal is a criminal offense.

If pet-owners no longer want their animals, Singh said they should contact their local vet or humane society.

The Winnipeg Humane Society has an animal surrender program – but the organization said it should be viewed as a last resort. On its website, the WHS suggests pet-owners who no longer want their animals should contact the WHS Animal Advisors. They will help with the process of surrendering an animal.

As for Hero, RCMP said he is settling into his new home in Winnipeg, loving life, and trying to remember to pee on his training mat.

Last week, a starving puppy was left on the Elphinstone RCMP doorstep. Officers fed him & took him to the vet. While listening over the radios, an animal lover in our #rcmpmb OCC (911) decided to adopt him. He’s now loving life & trying to remember to pee on his training mat. pic.twitter.com/urQSc1rfNl