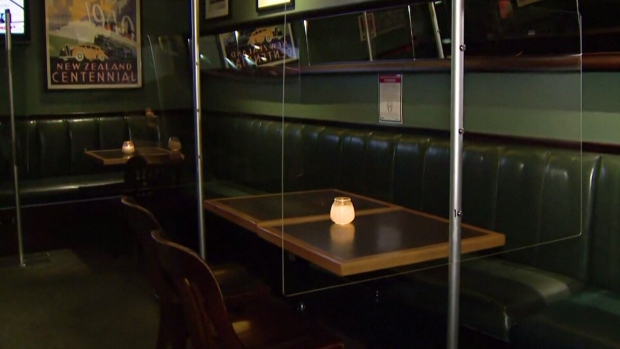 WINNIPEG — The holidays are often the busiest time of year for restaurants, but that’s not the case in 2020.

“December is an integral month in the restaurant industry,” Shaun Jeffrey, president of the Manitoba Restaurant Association told CTV News Thursday. “Being closed during this time has been absolutely monumental.”

Along with the drop in revenue, there were also added expenses associated with trying to keep customers safe, like installing dividers.

While there are plexiglass barriers in many Manitoba restaurants, there are no dine-in customers to protect.

“The average restaurant spent anywhere between 15 to 20 thousand dollars to install these barriers only to be closed a month later,” said Jeffrey. “Unfortunately, they can’t even utilize them.”

JC’s Tacos and More on Henderson Highway installed dividers before the second wave, but they’re now stashed away in storage since take-out and delivery are the only options.

“It is sad that we had to pay for these things,” manager Marvin Dubon told CTV News. “But I think it was a good investment.”

Others invested in things like outdoor heaters after the City of Winnipeg extended patio season back in October, granting temporary licenses to allow patios to stay open during the winter.

But the outdoor furniture had to come in a month later because of the lockdown.

According to Restaurants Canada, more than half of all restaurants expect to close permanently.

The organization says Manitoba has lost 37 per cent of restaurants jobs, which it says is the highest rate in the country.

“I have five staff, none of them are working today,” George Chamaa, the owner of Beaurivage told CTV News Thursday.

He said some days his Corydon Avenue restaurant sees no customers.

Both Chamaa and Dubon say they’ll be able to ride out the second wave, but it won’t be easy.

“My business today has lost over 90 per cent of our revenue.”

He believes the province rushed the initial reopening.

Chamaa said restaurants should be able to continue to seat customers, so long as businesses follow proper safety protocols.

“I don’t know why they cut us off. Restaurants could have been the only breather people have,” he said. “Especially if you’re older it’s very, very hard to be trapped.”