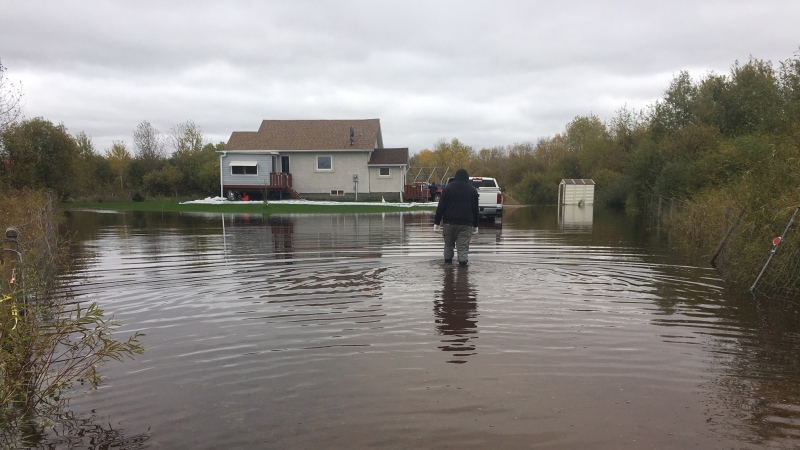 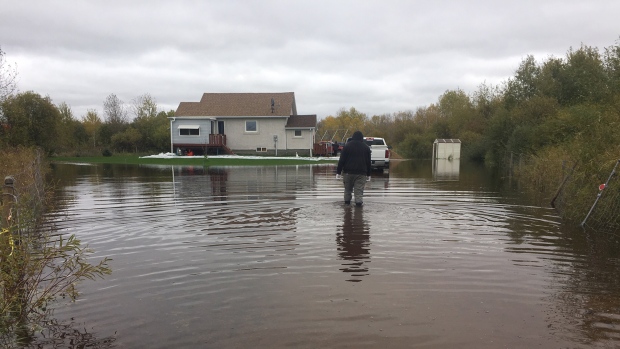 The Rural Municipality of La Broquerie, waterlogged by rain over the past five weeks, is staying optimistic that unusual fall flooding won’t get any worse this weekend.

Municipal Emergency Coordinator Louis Tétrault said Saturday one house in Zhoda is in danger of flooding and he is working with public works to get tiger dams to the property.

As of Friday night he said water was continuing to rise and about a handful of homes at risk had been diked.

“At this point in time, we are still optimistic, we hope the homes won’t need more sandbags, and that it won’t get worse than it is,” said Tetrault in a phone call with CTV News.

Thursday the R.M. declared a local state of emergency. About 30 roads in the RM have sections either partially or completely covered in water, and some are closed.

“The road situation is just going to be a day to say situation. We need more than just a few days of sun and dry,” said Tétrault. “Any day that doesn’t rain is a good day.”

A provincial spokesperson said Friday the province, through Manitoba Emergency Measures Organization (EMO), is monitoring the situation and is in contact with municipal officials to obtain situation reports on water levels in La Broquerie and in neighbouring communities.

“EMO will continue to maintain contact with the affected municipalities and will continue to monitor the situation as more information becomes available. Manitoba will also have staff in the area monitoring water levels and inspecting provincial infrastructure,” said the spokesperson.

Cottagers and boaters should take caution on and around the lakes.