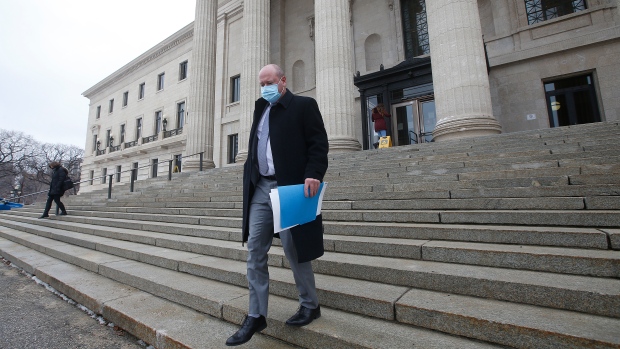 Since Sunday, the province has reported fewer than 300 cases each day, with Thursday being the lowest. For much of November and December, daily case counts have been between 300 to nearly 500.

“We are at a real risk of letting up too early and seeing that climb in early January.”

Roussin is again urging Manitobans not to gather with anyone outside of their household over the holidays.

“Certainly, I understand everyone’s fatigue with this.”

With the province’s COVID-19 vaccine campaign now underway, Roussin said we have a glimmer of hope.

“We have more than 300 doses in Manitobans arms, but we can’t let up.”

As for whether the two-week mandated remote learning period could be extended following the winter break, Roussin said they haven’t taken anything off the table. However, he did say there hasn’t been a lot of transmission within schools.

“We’ll constantly be looking at things moving forward and do whatever we feel is best to protect the health of Manitobans.”

While case numbers appear to be trending downwards, the test positivity rate for both Winnipeg and Manitoba has remained high, though steady, at around 13 per cent.