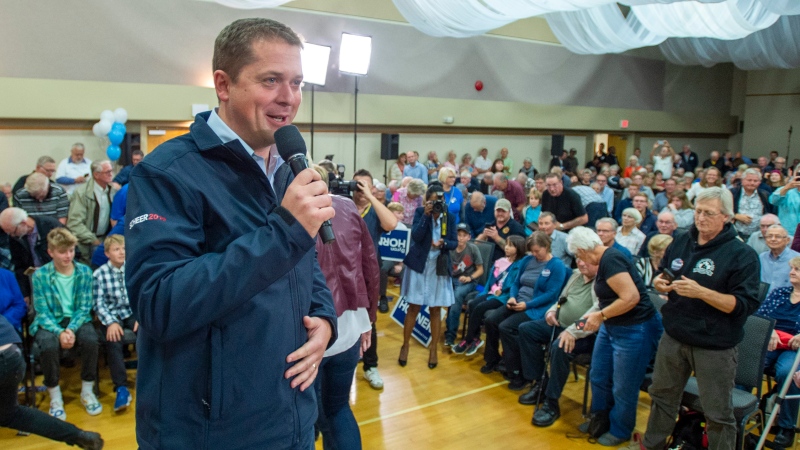 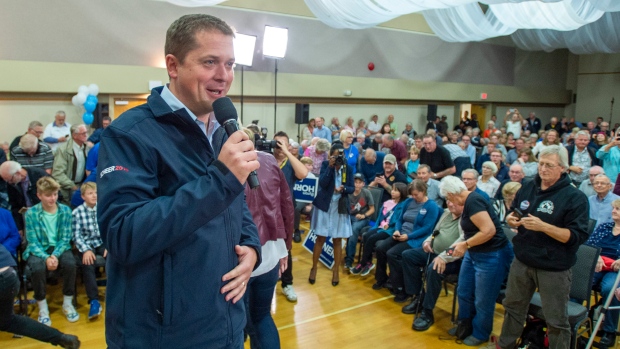 Scheer unveiled two policy measures on Monday that he says he’d implement if he becomes prime minister: a Children’s Fitness Tax Credit and a Children’s Arts and Learning Tax Credit.

The two will allow Canadian families to claim credits for expenses related to their families’ fitness- or sports-related activities and for arts and educational expenses.

The measures are part of Scheer’s ongoing policy theme of putting more money into the hands of hard-working, middle-class Canadian families, and blaming the policies of Liberal Leader Justin Trudeau for making life harder for them.

“These were incredibly popular tax credits,” Scheer said. “That is why (parents) were so disappointed when Justin Trudeau cancelled them.”

Trudeau phased out the two credits after defeating Harper in 2015, ending nearly a decade of Conservative government.

Last week, Scheer also pledged to bring back another Harper-era tax cut that Trudeau has done away with: the transit tax credit, worth up to 15 per cent of the cost of monthly or annual transit passes.

Scheer also said that he would eventually release a fully costed platform to account for how he would pay for the new tax credits, plus a cut to the tax rate on the lowest income bracket, and still balance the federal budget.

“It’s a question of controlling the rate of growth of government departments, and some philosophical differences.”

Children’s Arts and Learning Tax Credit:
– Allow parents to claim up to $500 per child for expenses related to arts and educational activities
– Refundable
– Parents of children with disabilities can claim up to $1000/child/yr#elxn43