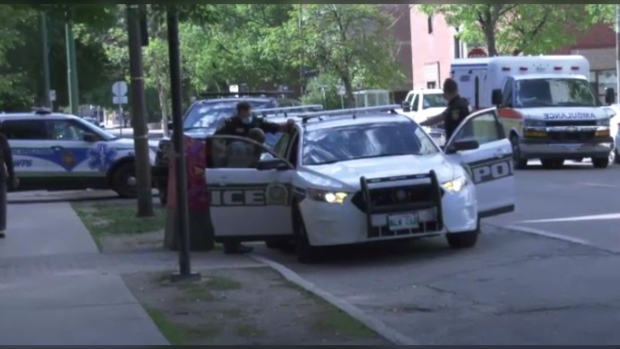 WINNIPEG — Police have asked schools and daycares in an area in Downtown Winnipeg to go into a hold and secure as a precautionary measure while officers respond to a man who is possibly armed.

Winnipeg police officers remain on scene in the city’s Downtown in the area of Sargent Avenue and Kennedy Street. Police said in a tweet Friday morning the call is due to a man who may be armed.

“Schools and daycares in the affected area have been asked to go into a hold-and-secure footing as a precautionary measure,” Winnipeg police tweeted.

The police said officers have been in contact with Sister MacNamara School and other daycares.

Cindy Adams, who lives in a nearby building, told CTV News Winnipeg she was walking down the street when she saw all the police cars.

“We’re not sure exactly what’s going on, but we kind of have an idea,” she said.

She said there has been a lot of crime in the neighbourhood as of late.

“We’ve lived here for many, many years and we’re actually thinking of moving out of the area, because it’s just getting too bad,” Adams said.

Police said anyone who needs to access the area to get to a daycare or school can call (204) 986-6222 to arrange escorts into the area, or speak with officers in the area.