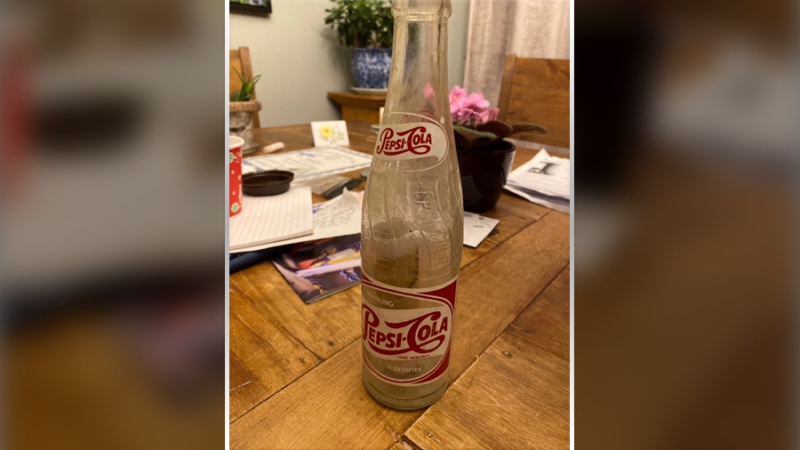 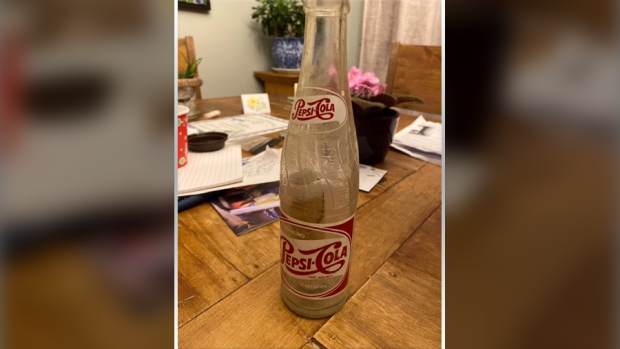 OTTAWA — In the midst of renovating a bathroom in their west Ottawa home, Phil and Tracey Laberge uncovered a surprise message from the past.

“It was really kind of exciting. It’s hard to explain why it was such an awesome thing to find”, said Tracey.

Hidden behind a bathroom wall, as contractors were getting ready to install a new vanity, they discovered a vintage Pepsi bottle from the 1950s. It appears the original builders of the home, left it there with their names on a now tattered piece of paper inside the Pepsi bottle.

“The house was built in 1953. The original owner moved in in 1954. We are the second owners. The note listed the Switzer family as the builder, along with other contractors”, she said.

Looking at online obituaries, the Switzer family is still in Ottawa. And the Laberges intend to contact them and let them know the family history discovered as their new bathroom was being installed.

They returned the bottle and the tattered note to its original place in the bathroom wall, including their own new message in the bottle.

“Why not try to continue this and create this experience for somebody else.  If they find it, imagine that! It’s great”, she said.

Maybe a future owner will want to install a new sink or redo the plumbing in the year 2086.

“Can you imagine! Will we even need bathrooms then?”, Laberge joked.

“While renovating this bathroom,  [contractors] Rene and Mike found this Pepsi-Cola bottle in the wall. It contained the note on brown paper from the original builders of the house in 1953. Sixty –six years later, we are adding this not to the bottle, for the next people who may discover it.  We sincerely hope that you love this home as much as we do.”