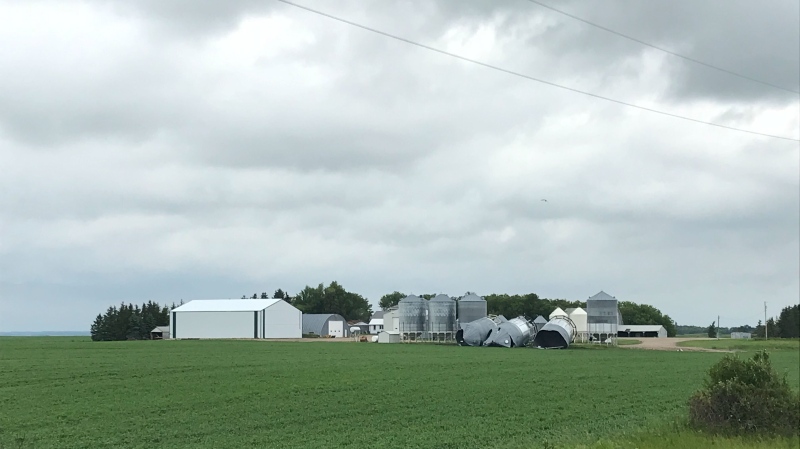 RAPID CITY, MAN. — People in and around Rapid City, Man. spent Monday cleaning up after torrential rains and a possible tornado hit the area.

The community is located along the Little Saskatchewan River about 40 kilometres northwest of Brandon, Man. just off Highway 10.

Environment and Climate Change Canada said in a weather summary a rain-wrapped tornado briefly touched down and is now under investigation.

Justin and Carley-Jane McDonald said they believe it cut right through their yard, southeast of the community.

“It’s hard when you realize what just happened to your house and property,” said Carley-Jane, who took cover in the basement of their home with her 11 and 13-year-olds and her mom. 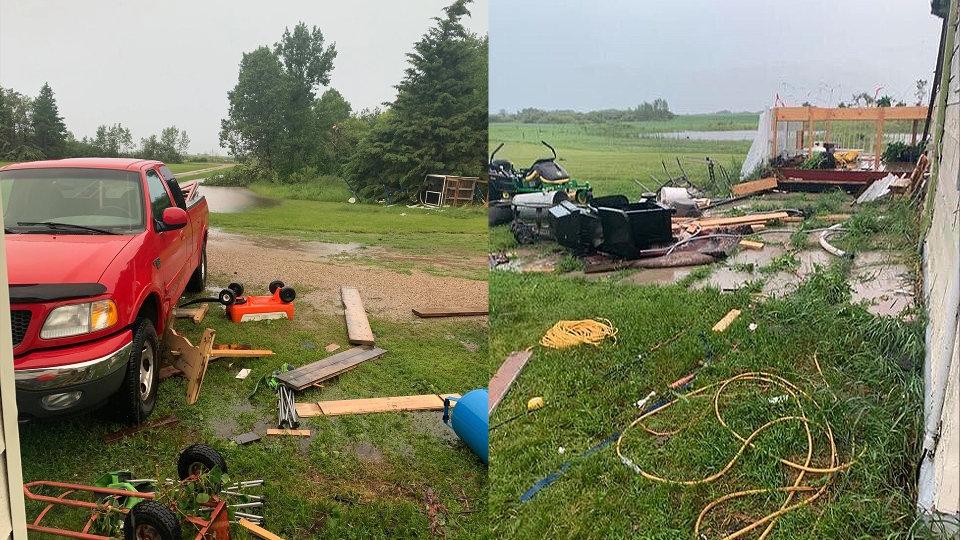 “It’s hard when you realize what just happened to your house and property,” said Carley-Jane, who took cover in the basement of their home with her 11 and 13-year-olds and her mom.

“It wasn’t a fire drill. It was the real thing,” she said. “Kids heard the first alarm and my son grabbed the radio and the water and the electronics so that we’d have flashlights and stuff downstairs.”

While that was happening, Justin became stranded in his brother’s truck less than a kilometre from their home as the storm blew in.

He believes the tornado, which he couldn’t see through the rain, cut right in front of the truck.

“You couldn’t see anything but wind and rain,” said Justin. “It was moving the truck sideways, we were trying to push the truck over to try and get the nose of the truck into the wind as best we could and just hope and pray that everybody was going to be safe around us and that we were going to be safe.” 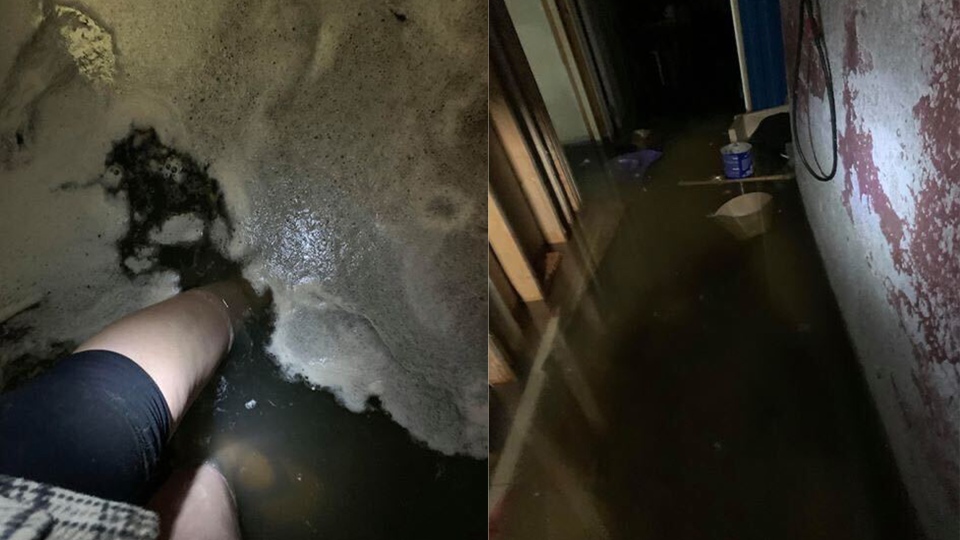 Intense winds peeled the roof right off their house above their kids’ bedrooms, snapped a row of tall spruce trees in their yard and knocked over a play structure, demolishing a swing set.

In Rapid City the storm hit hard, too. Heavy rains of around 150 millimetres recorded in the area led to washed-out roads, flooded basements and high flows on the Little Saskatchewan River which are being blamed for blowing out a dam at the community reservoir.

“It ripped out hydro lines, it trashed houses it did so much damage and we’re just finding the extent now,” said Rapid City resident Robert Marshall.

As of Monday afternoon, the McDonalds were still in the dark but with water that was leaking through their light sockets that’s the least of their worries.

“There was close to two inches or three inches of water just in the basement alone so everything poured in through the roof, through the kids’ rooms and then entered our room downstairs,” said Carley-Jane. 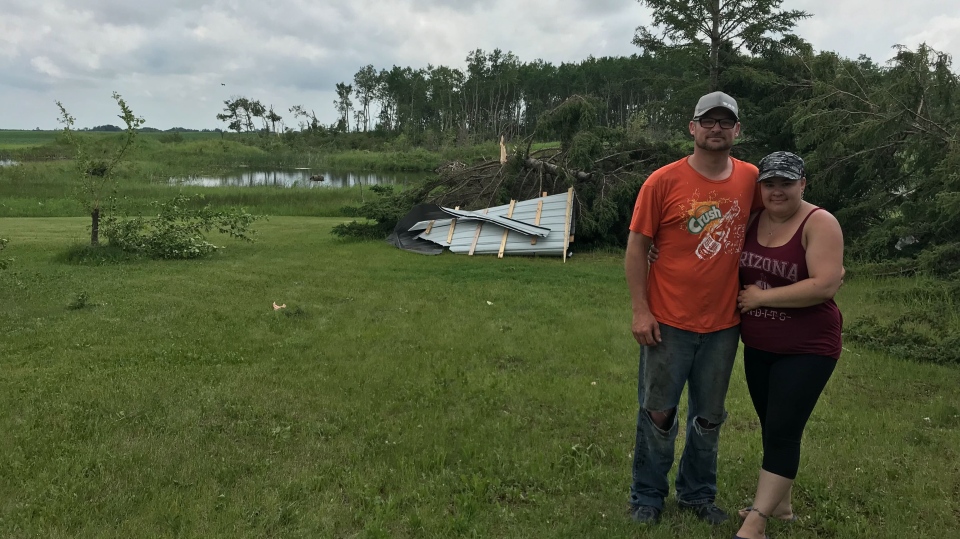 The family can’t stay in their home right now. They’ll be living with relatives until they hear from their insurance company about fixing their home.

“Knowing that he (Justin) was safe was the biggest thing and knowing that we were all safe is the saving grace of all of this,” she added.