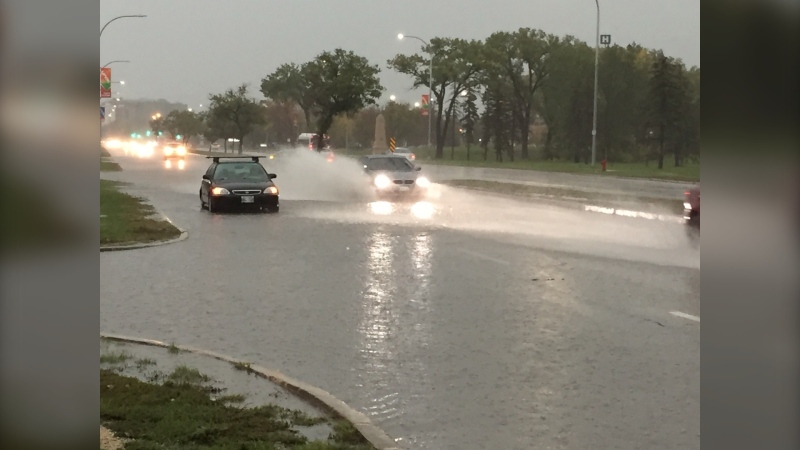 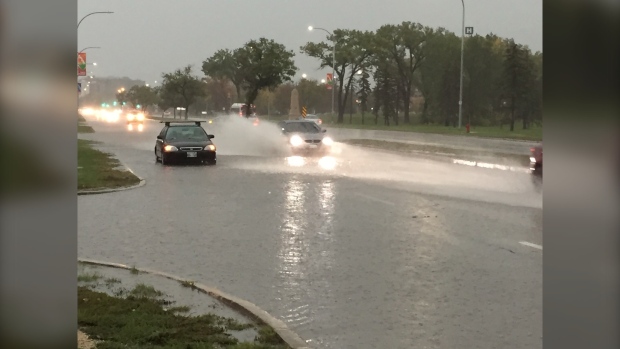 Environment and Climate Change Canada issued a severe thunderstorm warning for Winnipeg earlier in the day, but it ended around 10:30 a.m.

Photos circulating on social media show flooding in the south part of the city, Waverley Heights and Transcona.

The Winnipeg Traffic Management Centre tweeted that several cars were stalled at Killarney and Pembina, and drivers should avoid this area if possible.

The City of Winnipeg asks residents to stay safe, drive carefully and try to avoid flooded areas. It notes it’s getting a lot of calls to 311 due to the weather, and non-urgent issues can be emailed to 311@winnipeg.ca

We are currently experiencing higher than normal call volumes at 311 as a result of the storm that is passing through #Winnipeg. Thank you for your patience. Don’t forget you can also reach 311 for non-urgent issues through email 311@winnipeg.ca #mbstorm