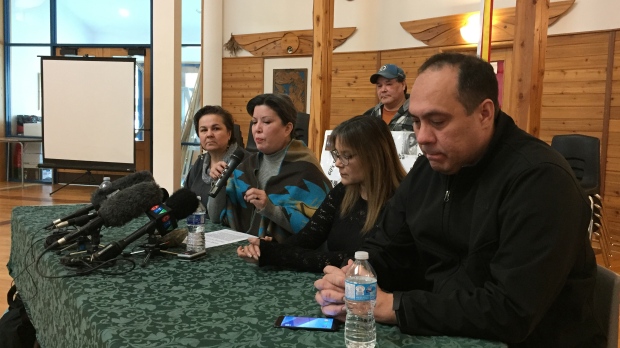 WINNIPEG — A group dedicated to Sixties Scoop survivors is urging the government and representative law firms to reinstate the deadlines for the First Nations/Inuit Sixties Scoop settlement agreement.

Katherine Legrange, director of the 60s Scoop Legacy of Canada, wrote a letter to the class counsel on behalf of the group’s board, saying that many survivors have been left frustrated and disappointed with the claims process. Representatives from the Government of Canada were also included as recipients of the letter.

“Over the past three years, we have heard from survivors and their family members that this claims process is causing significant emotional upheaval and retraumatization,” she said in a news release on Dec. 8.

“From the onset, Collectiva was unprepared for the volume and complexity of this claim, and the law firms have failed to act in the best interests of the class. Scoop survivors deserve better.”

The Sixties Scoop saw Indigenous children taken from their homes and placed in non-Indigenous homes over three decades. In 2017, the federal government agreed to pay $800 million to survivors.

Last December, Collectiva, the claims administrator, was granted a deadline extension to report the final number of eligible claims, but it was not given the new deadline. Then in April, amid the COVID-19 pandemic, the deadline was suspended.

“While many claimants have received their interim payments, thousands of applications remain undetermined as a result of the hold placed on deadlines to report additional information,” the letter says.

“While we understand this was necessary due to the COVID-19 crisis, many claimants have expressed the need to lift the hold and reinstate deadlines for those needing to submit additional information.”

In the letter, the group makes the following recommendations:

“We really need the law firms to listen and advocate on behalf of the class,” Legrange said.

“The deadlines should all be reinstated and a final tally of numbers be reported to Canada by May 31, 2021, or sooner, so that final payments can begin to flow to survivors, and so people can move on and heal.”