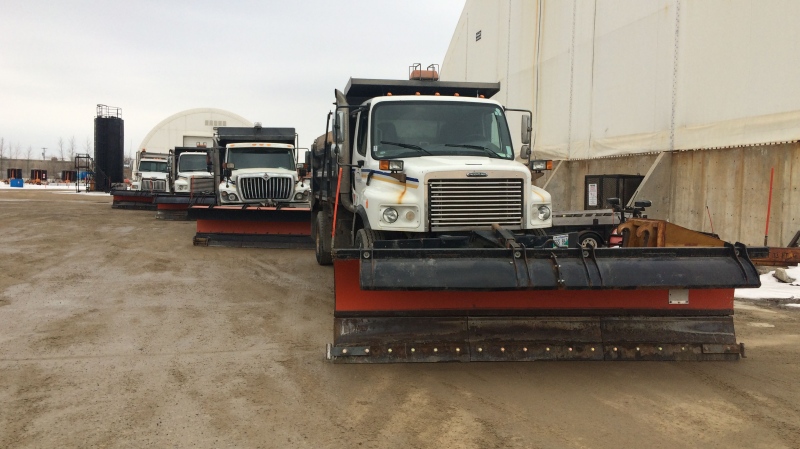 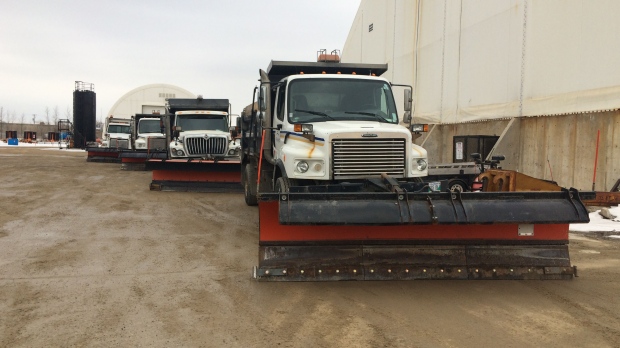 WINNIPEG — Winter may still be months away, but you wouldn’t know it in Winnipeg.

The city is gearing up for a snowplowing operation, which will begin at 11 p.m. Thursday night on priority one and two streets and sidewalks.

Since Wednesday night, the city said crews have been monitoring streets, and salting bridges and overpasses as needed to improve traction.

Michael Cantor, the city’s manager of streets maintenance, said he doesn’t remember having to switch from summer to winter operations so quickly.

“I don’t remember this [type of] event that early, but we’re well equipped and experienced to address this event,” said Cantor. “The timing is a bit awkward, but we’ll be able to address it.”

He said the city prepares for winter all summer, and usually doesn’t have to switch gears until the beginning of November when the first big snowfall typically happens.

“We have things in motion starting in August to prepare for winter operations, so we’re just activating it a little early.”

Cantor said 20 cm of snowfall is expected in Winnipeg by Friday, and crews will continue working to ensure streets are clear. He said there are no plans at this time to plow residential streets, just main routes.

The snowplowing operation is expected to wrap up Saturday morning, when the weather is forecasted to begin improving.

Cantor said it’s too early to know how much this snowplowing operation will cost, especially given the storm is nowhere near over. He also noted that despite the ongoing construction zones around the city, his crews are experienced in navigating barricades.

There are no winter parking bans currently in effect.