EDMONTON — Residents of a seniors’ retirement home were evacuated Thursday evening due to a fire.

St. Albert firefighters responded to the fire at Citadel Mews West after 7 p.m. Edmonton Fire Rescue Services told CTV News Edmonton that they received a call for assistance at 8:16 p.m. as the fire grew.

Six crews from Edmonton were sent to the seniors residence at 15 Erin Ridge Road and arrived on scene at 8:27 p.m.

Cathy Heron, St. Albert mayor, told media in a press conference at the scene that as far as she knows, everyone has gotten out safe.

Firefighters are going into the building to verify all residents have been evacuated, Heron said.

The building is less than 10 years old and is a multi-phase care facility, from long-term care to independent living for seniors.

“I can’t say enough thank you enough to the region,” she said. “In a fire like this, you need multiple response teams.”

Scott Wilde, acting fire chief for St. Albert, said in a media availability on scene there is a total of 110 people living in the building.

According to building officials, all residents are accounted for as firefighters continue building sweeps to verify.

While the cause of the fire is unknown at this time, Wilde said it seems like it started on the first floor of the building in a suite then launched its way out of the building. From there it proceeded up the wall to the roof of the facility. 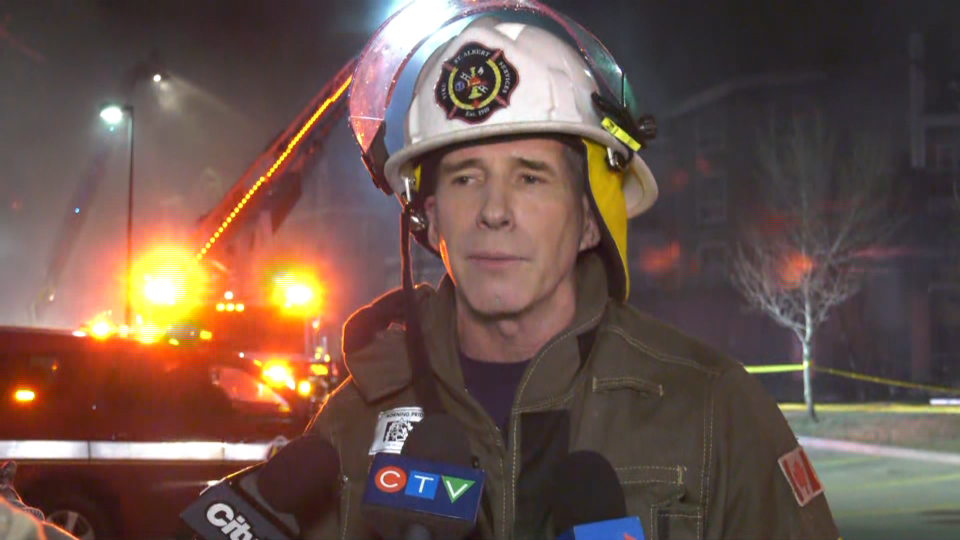 “(The fire) was just overwhelming,” he said. “It got up into the roof and was moving quite fast.”

“We stopped it before it got to the firewall. So about only half of the building was damaged.”

The 40 residents living in extended medical care suites have been successfully transferred to hospitals in the region.

Five to six people have been taken to hospital with smoke inhalation injuries, Wilde added.

Crews from all 3 stations are currently working on a large structure fire in northern St Albert. #stalbert #t8n 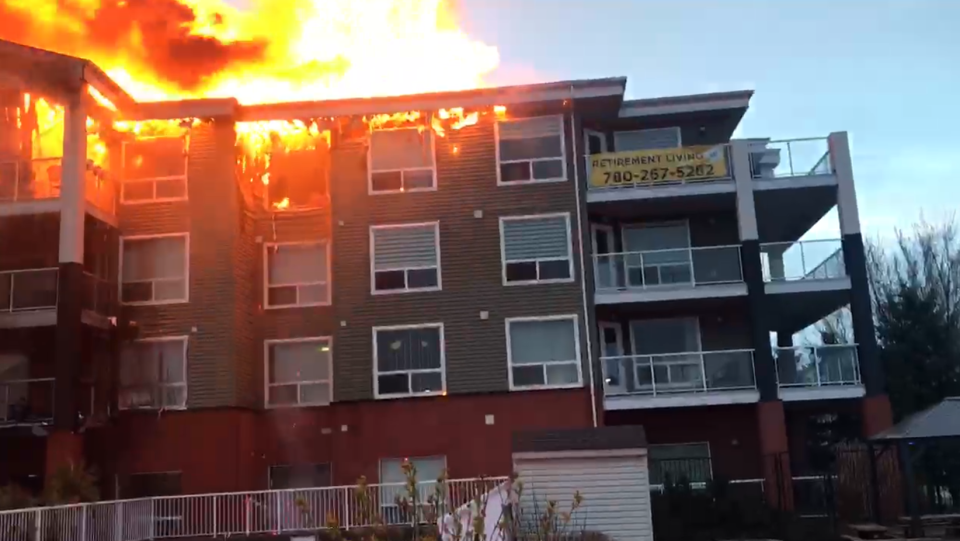 Smoke from the fire could be seen from downtown Edmonton.

RCMP said in a statement to media that officers assisted in evacuating residents and blocking off roadways around the multi-unit seniors facility.

Buses from St. Albert and Edmonton helped transport residents from the fire to the St. Albert Inn, officials said.

Police ask the general public to stay away from the scene so crews can continue to work without interruption.

Dale Nally, the local MLA, said in a statement to media that he was aware of the fire.

“I’ve reached out to Mayor Heron and offered support in whatever way I can.

“I understand that emergency services are responding and doing their utmost to address the situation. Our thoughts are with all the residents, staff and first responders.

Nally said the province stands ready to assist and support anyone impacted.