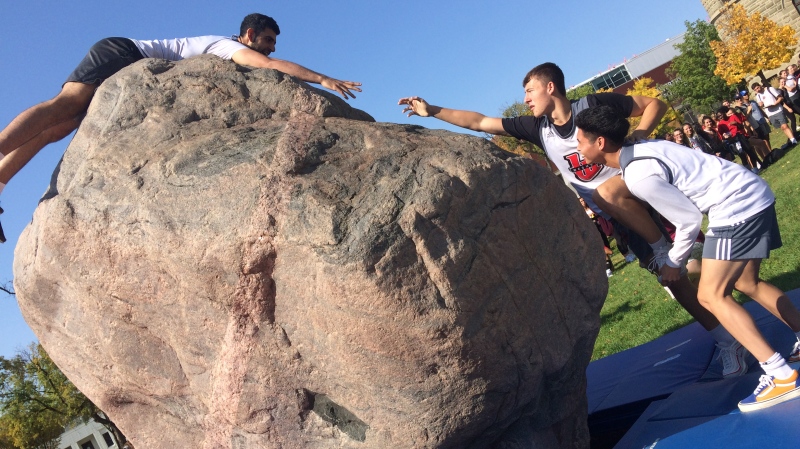 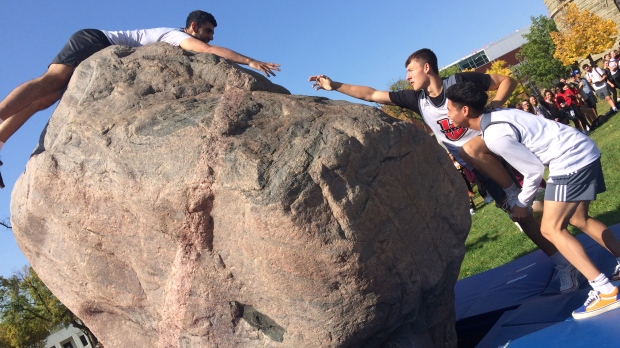 The race features teams of three who race down the front lawn and scale the giant 14-ton granite “Rock of Remembrance” on the front lawn of the University of Winnipeg campus.

“It goes back in tradition. The rock was put on campus in the late 60s. Dr. Duckworth, who was the president at the time, instituted the rock climb. It’s a great event, the record is 9.6 seconds set in 1979,” said Crooks.

The record will stand for a 49th year: Monday’s winning time was 24.40 seconds.