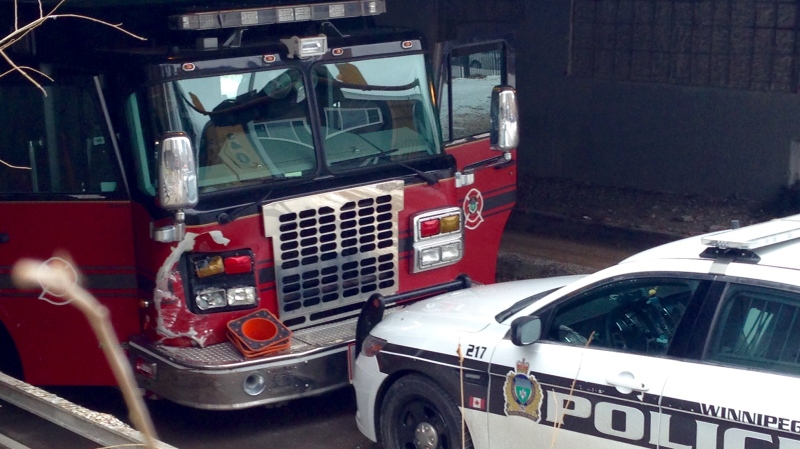 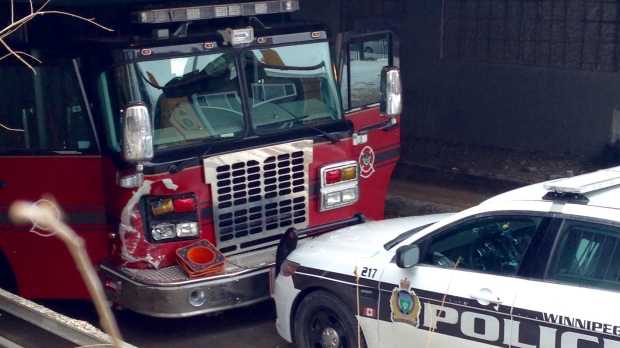 WINNIPEG — A suspect is custody after stealing a fire truck and attempting to run people over in Winnipeg’s Central Park, according to police.

Police said an officer tailing the fire truck witnessed the driver’s attempts to mow-down pedestrians in the park.

The truck was stolen from a medical call in the area of Henderson Highway, where the emergency vehicle collided with a civilian vehicle, authorities said.

A witness on Twitter described seeing the fire truck hit another vehicle, which then hit a hydro pole.

CTV News observed a pole leaning off-kilter on Henderson Highway, as another vehicle was being towed away.

Police said, the fire truck was then driven downtown, through Central Park and behind Portage Place before coming to a stop under the Midtown Bridge on Assiniboine Avenue. The street is now closed in both directions.

Police say a Taser had to be used to take the male suspect into custody, just before 1 p.m.

The fire truck had visible damage to its front end, flat tires, and the front tire on the passenger side was missing altogether.

A number of witnesses described what they saw on Twitter: