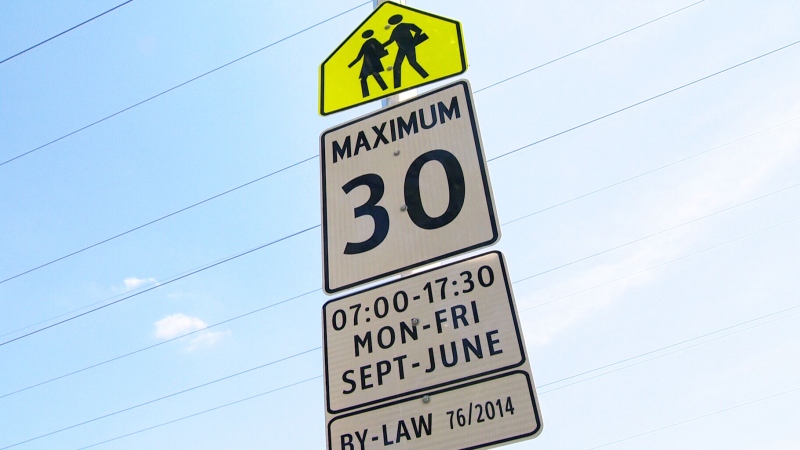 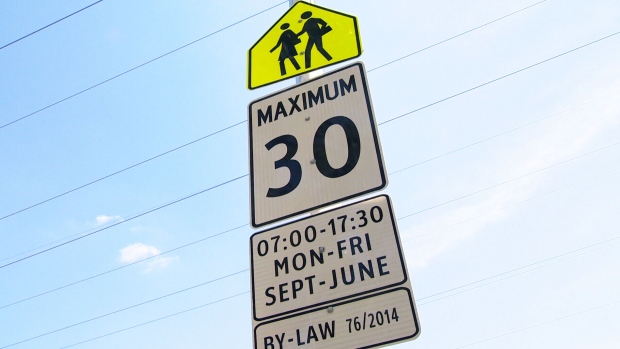 WINNIPEG — Some changes to speed limits could be on the way to Winnipeg residential streets.

The city has released an administrative report that looks at reducing default speed limits in the city.

It recommends a trail run of reduced speeds on residential streets, and that a 30 km/h speed limit be implemented in five different neighbourhoods.

The work will be completed in phases, based on the available budget within the Pedestrian Cycling Program’s annual budget.

Wolseley resident Brenda Froese has lived in the neighbourhood for almost 30 years.

She lives in a school zone near Laura Secord School, and the speed limit is 30 km/h on her street.

She said people usually drive slowly down her street, but that’s not the case everywhere.

“Where I have noticed (speeding) is on Wolseley, which is more of a main street in the area,” said Froese. “There’s a lot of people who feel like it would be really ok if the speed limit was 30 all the way down the street, and not just at the school.”

Last year, the Traffic and Transportation Modernization Act came in effect, giving Winnipeg the authority to modify speed limits in the city.

Safe Speeds Winnipeg, a grassroots organization that advocates for lower speed limits, was happy to see the city looking into a lower default speed limit.

“When the province gave the city control of speed limits in the city, we thought it would be a great idea to advocate for lower speed limits to make our neighbourhoods safer,” said Ian Walker, a member of Safe Speeds Winnipeg.

Walker hopes Winnipeggers look at the reduced speed with an open mind. He doesn’t believe the change will negatively affect drivers.

“I’ll go on three or four residential streets to get from my home to my workplace,” said Walker. “It’s really not going to have a dramatic impact on my commute time.”

The report also recommends the province amend a regulation that would reduce the amount of signage necessary to designate reduced speed zones.

Froese said there are a lot of drivers that use Wolseley Street to bypass Portage Avenue during peak traffic.

“Lowering the speed limit might actually be effective in having people not cutting through as much.”

The administrative report will go to a vote on July 7 in the next Standing Policy Committee meeting on Infrastructure Renewal, and Public Works at City Hall.