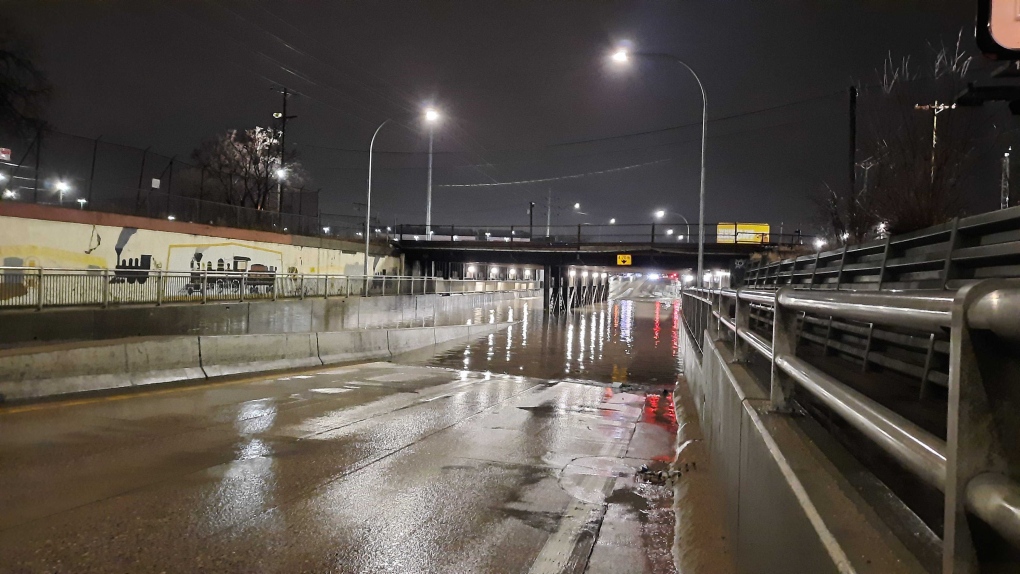 A spring storm brought a deluge of rain and some snow to Winnipeg and parts of Manitoba this weekend.

The City of Winnipeg has released what areas in and around the city that were hit hardest between April 22 and 24.

Rainfall data shows that Oak Bluff received the most rain over the weekend with 71.6 millimetres.

Inside Winnipeg, the University of Winnipeg recorded 65.8 mm. The community of Island Lakes was next on the list, with 65.1 mm.

While those were some of the highest totals in Winnipeg, most neigbourhoods had totals ranging from the low 40s to low 50s.

However, one section of the city was able to avoid much of the storm, as Westwood recorded 13.5 mm and the West End Sewage Treatment Plant received 21.2 mm.

According to Environment and Climate Change Canada, the city was able to break a record during the storm.

Winnipeg also broke its average monthly precipitation record in one day, as the city usually sees 30 mm of precipitation on average for the entire month of April.