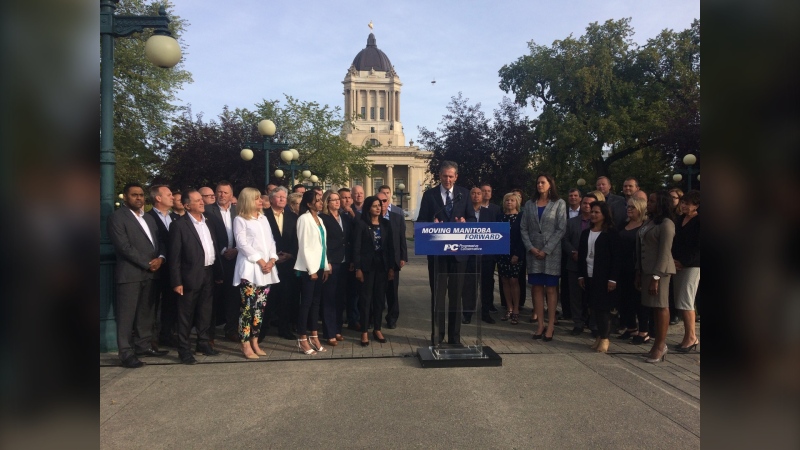 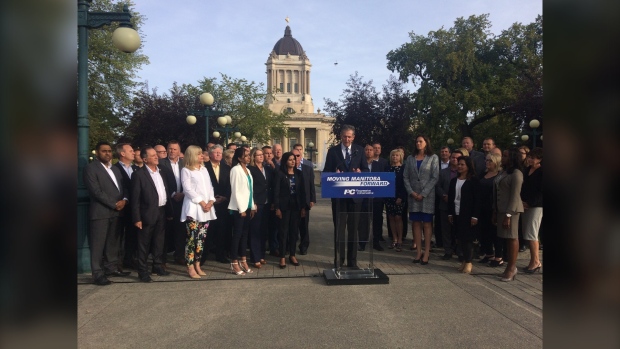 He emphasized the team he’s assembled and the promises offered in the PC platform.

“Four weeks ago we set out a guarantee for all Manitobans. A $2-billion health-care funding guarantee for better care sooner. Twenty new schools guaranteed for stronger education for our children and grandchildren, and 40,000 new jobs guaranteed to keep families working together, closer to each other here in our beautiful province,” he said.

The PC leader also cited a made-in-Manitoba green plan and a 2020 tax rollback.

He said his PC team is as strong as Manitoba is strong, and it’s the best slate of candidates ever offered up in a Manitoba election.

“A team that has the experience to govern. A team that shares your values and represents the community where you live.”

Pallister also defended his decision to call an early election.

“We made every effort to make sure the playing field was as level as possible,” he said.

“But most importantly we put forward a five-point guarantee that is historic in its commitments.”

He says his party has repaired the foundation of the province’s finances, but he needs a new mandate to decide on the direction of Manitoba going forward.