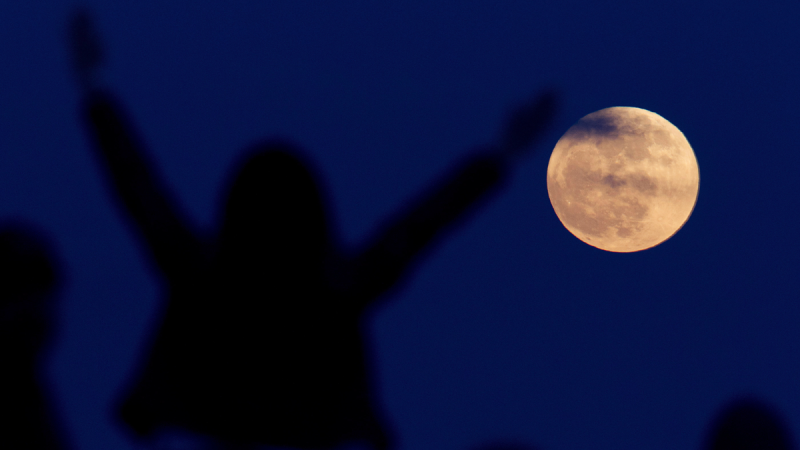 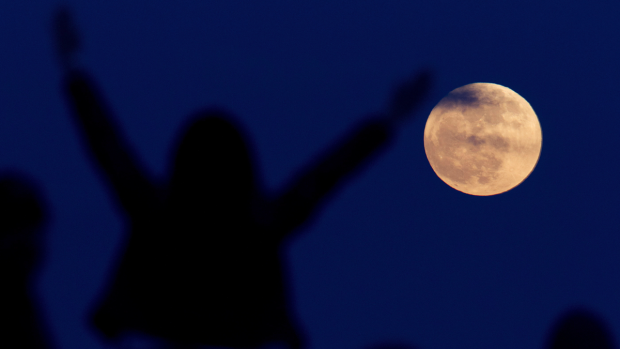 A full, harvest moon rising on Friday the 13th may cause those with superstitions to tread more carefully. But an expert said the event is nothing out of the ordinary and there’s no reason to fear bad luck.

“If you’re out in the fields harvesting, it’s getting dark because the sun is going down, but the full moon is rising. And that gives you a little extra light while you’re out there working the fields, so you can work longer and get the harvest off the fields.”

Young said there’s a perception among some that the harvest moon is extra orange, red, or large, but that’s not necessarily the case.

“Every full moon looks like that when it’s just rising,” said Young. “It’s just that at harvest time, in September, the full moon is rising when people happen to be outside more often,” he said, meaning more people may take notice of how the moon appears when it’s rising at this time of year.

However, Young said the moon does appear larger when it’s rising, but he explained that’s a trick our brains play on us.

“This is called the moon illusion,” he said. “We really don’t know exactly why it looks bigger. If you measure it, it’s not bigger. But something in our perception, something in the way our brain interprets visual images, makes the moon look larger when it’s at the horizon.

“We still don’t understand, scientifically, why that’s the case.”

Young said you can prove the illusion by holding a Smartie out at arms’ length next to the moon, which provides a reference point that breaks the illusion, causing the moon to look smaller again.

Superstitions not supported by science

Young said while some people believe the full moon can cause problems on earth, the facts dispute that.

“You’ll often hear, ‘Oh, it must be a full moon,’” he said. “There’s no statistics that indicate there’s more crime, or problems, or accidents, than at any other time of the month.”

But he said people may make connections between bad events that happened on full moons, which seems to support the superstition, while not making a connection when bad events happen at other times, or when nothing of note happens on a full moon.